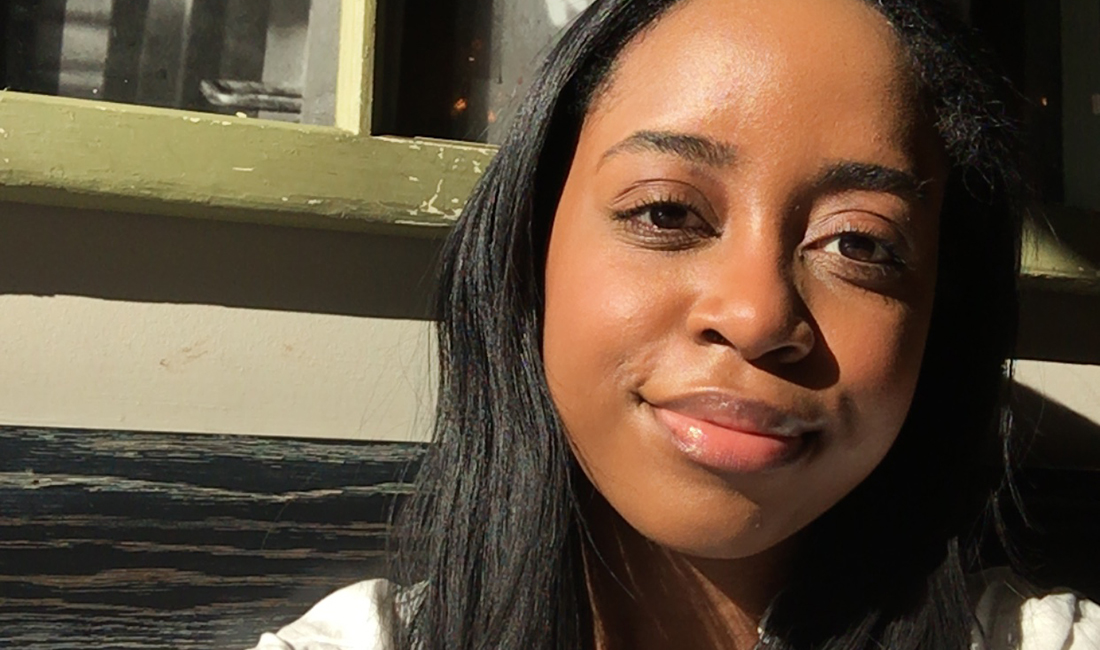 After years of trying almost every brightening product on the market, I finally turned to a prescription acne treatment for my hyperpigmentation. Read on for my results so far.

I can’t remember a time when I didn’t pick at my skin. Even when I was too young to have blemishes on my face, I would pick at any scab on my legs and arms that I had acquired. When my first bout of teenage acne hit, even the smallest whitehead would be poked and prodded to death. In college my skin changed again and my acne became a little more frequent. That’s when picking went from a side hobby to a full-time job.
This resulted in dark hyperpigmentation all over my forehead. I obviously realized that picking was making my skin worse, but after doing it for so long, it was like I couldn’t help myself.
After finally getting my picking habit under control (at least most of the time), I had to deal with tackling the years of damage in the form of PIH (post-inflammatory hyperpigmentation) that were left over.
Vitamin C, azelaic acid, hydroquinone, alpha arbutin…I can’t think of a brightening ingredient that I haven’t tried at least once. Since the pigmentation was so dark, a lot of products simply wouldn’t work on my skin tone, and even the smallest of blemishes would lead to even more of dark spots to get rid of. I know that hyperpigmentation is something that takes a lot of time to fade, but I was growing frustrated.
After experiencing lackluster results, I had an idea. Maybe if I truly addressed the root of the problem – my mild acne – I could finally give the existing PIH a chance to fade for good. After doing some research, I decided that I should see a dermatologist to get a prescription for a topical retinoid such as tretinoin. My doctor ended up recommending Epiduo, a combination of 2.5% benzoyl peroxide and 0.1% adapalene gel. Adapalene has similar acne-fighting and exfoliating properties to tretinoin, but it’s not quite as harsh. Since I’d never tried prescription retinoids, she wanted to see how my skin reacted before jumping straight into an ingredient like tretinoin.
RELATED: How Tretinoin Can Treat Acne
As much as I was excited at the prospect of a solution, I was feeling nervous to try adapalene after reading about potential side effects such as burning, tingling, peeling, extremely dry skin and my biggest skin fear, purging. Nevertheless, I decided that it was worth the risk if I finally wanted clear skin. 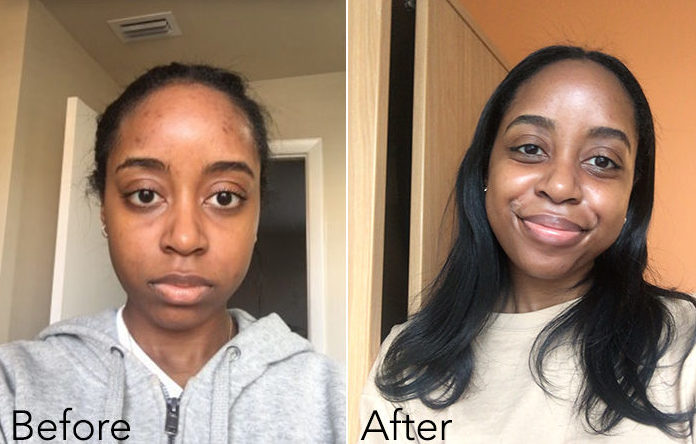 My Experience So Far

I followed the guidelines that are usually recommended when incorporating a topical retinoid into your routine: using only a pea-sized amount, using it every three days to start, and buffering the retinoid by applying a nourishing moisturizer first to avoid any irritation.
I then progressed to using the Epiduo every other night and I switched out my moisturizer for an essence, specifically the Neogen Real Ferment Micro Essence, which added some extra brightening power to my routine.
Now, I apply it every night directly on my skin after cleansing, and follow with a thicker essence (Cocokind Glow Essence with Sea Grape Caviar) afterward. My skin often feels dry and tight after applying Epiduo, so the thick essence has been helping keep my skin moisturized.
I believe that being cautious in my approach was the reason I didn’t experience any serious purging or major side effects. The only immediate effect I really noticed were the development of some blackheads on my chin and jawline, but they disappeared with continued use of Epiduo.

I’ve now been using Epiduo for about a month and a half, and I’ve already seen how my skin has changed. I haven’t experienced a single breakout while using this, and the small hormonal whiteheads that I get occasionally heal much faster with minimal scarring. The exfoliating properties of the adapalene are beginning to fade many of my older dark spots (finally!), while the benzoyl peroxide is eliminating my whiteheads faster than any product I’ve ever used. I’ve removed any exfoliating acids from my routine since it’s not recommended to use any AHA or BHA in combination with retinoids, but I’ve noticed that my skin texture is soft and smooth when I wake up – similar to the result of using an acid product. I’m hoping that with continued use, I can fade all of the hyperpigmentation on my forehead (something I used to think was impossible), and achieve the even complexion I’ve been after for years. 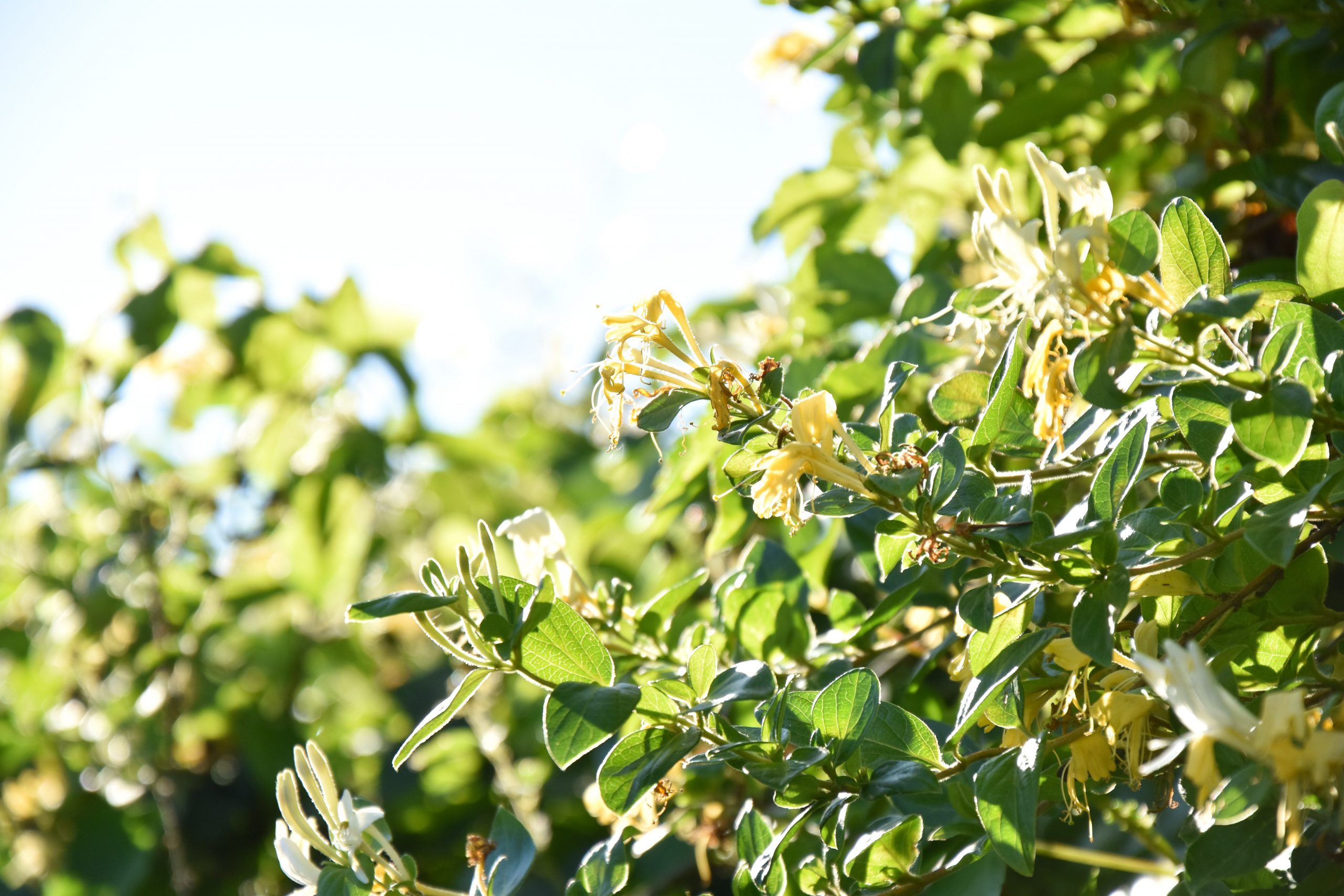