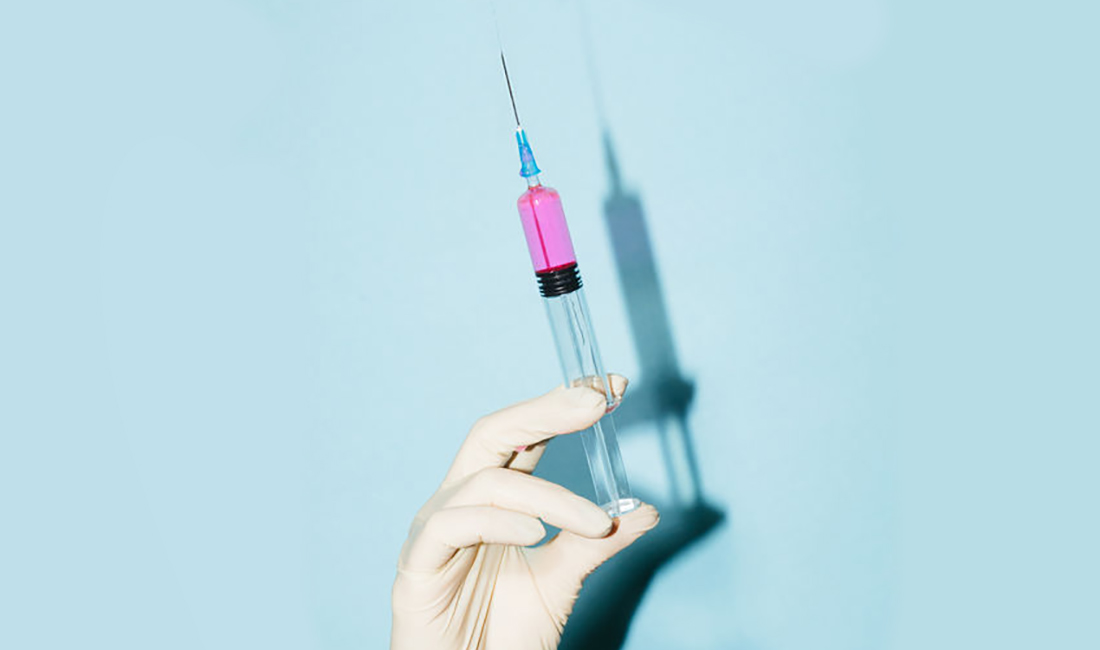 A complexion so glowy it looks like glass, a.k.a. glass skin, is all the rage right now, so much so that in Korea, people are now seeking a professional procedure – Skin Botox – to get it. Read on for everything we know about it.

Cosmetic treatments in Asia are as common as facials are in the U.S. And like with most things involving skin care, our friends in the East are ahead of the curve in terms of innovation. The latest phenomenon to make waves: Skin Botox.

Sounds scary, but it’s not really (unless you’re not a needles person then, yes, it’s scary). Ahead we break down what it is, if it’s legit, and if it’s worth getting done.

What is Skin Botox and what should I know about it?

In the most basic of terms, it’s an injectable that claims to give you smooth skin. According to recent reports, it’s one of the most popular treatments in Asia and is said to minimize pores and give the coveted appearance of “glass skin.”

How is it different from regular Botox?

Good question! While regular Botox is inserted into the muscle, this treatment doesn’t go as deep. “This is put in the upper dermis, which is a lot of layers above the muscle,” Dr. Alan Matarasso, president of the American Society of Plastic Surgery explains. “Some people have called it mesobotox because mesotherapy is a term that was used to inject chemicals in the face to rejuvenate it.”

So where can I get it done?

The treatment comes with a caveat as it isn’t FDA-approved in the U.S. Dr. Matarasso mentions that doctors can use it off label, but there’s no advertising allowed. There are similar alternatives available for us Westerners though, like AquaGold which Gabrielle Garritano, founder of medical aesthetics clinic JECT NYC, describes as “baby microneedling with gold needles.” By way of a device (so, different from Skin Botox treatments in Asia), it delivers vitamins and drugs below the epidermis of the skin and will leave you looking “more luminescent and your overall look more glow-y.”

Similar to Skin Botox and regular Botox, it can last up to three months and if you have a big event coming up, Garritano recommends getting it done 5-7 days beforehand. Millennials in their early 20s are prime candidates, she says. “Those patients aren’t really ready for a full Botox treatment,” she explains. “So they can come in and try this first.” She also adds that neither the skin Botox or AquaGold is meant to be a replacement for regular Botox, so you may see deeper lines forming over time, but you’ll also see a nice result in your skin.

Ok, but I want to try the real deal!

Well, we suppose you can always hop on a plane to get it done, but with any cosmetic treatment, consult your doctor first. And don’t worry about the fact that it isn’t FDA-approved here yet dissuade you. Dr. Matarasso says he has faith that it’s legitimate. “Cosmetic medicine is extremely popular in Korea and I suspect that, while that procedure is not popular here, there is validity to it given their excellent history in this space,” he says. He also adds, though, that there are other alternatives out there and that Skin Botox, despite its trendy status, is by no means the be-all and end-all. He says to think of it as “one more thing that has some potential for us to think about.”