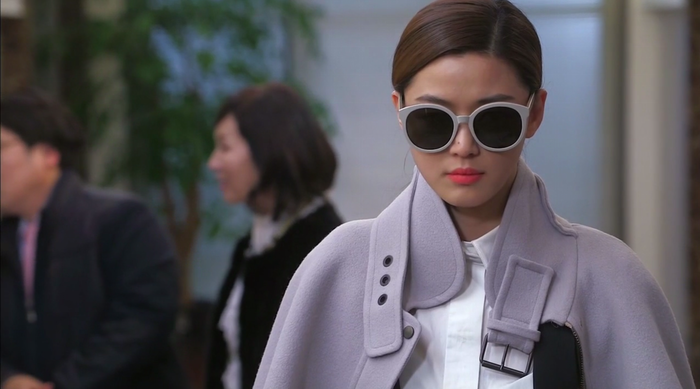 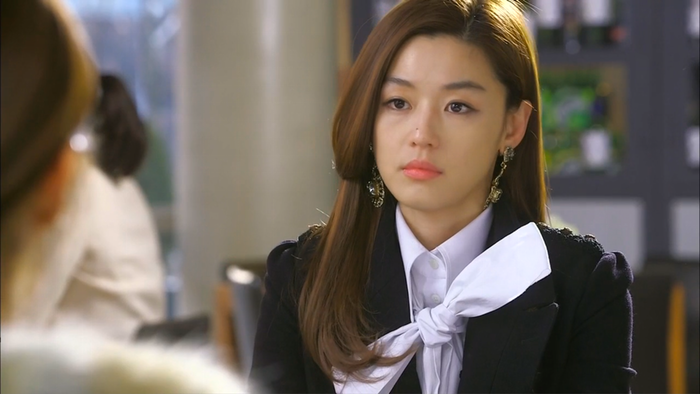 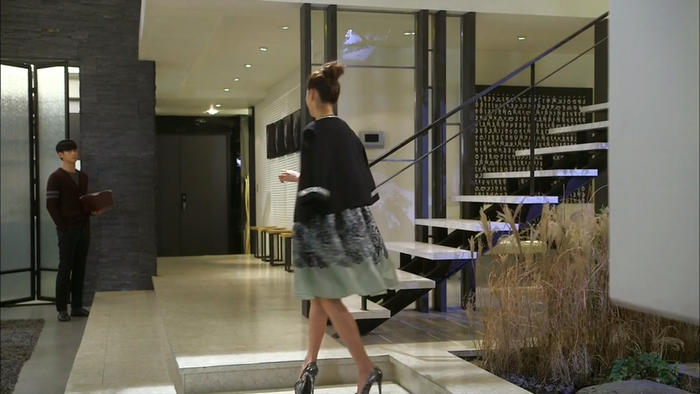 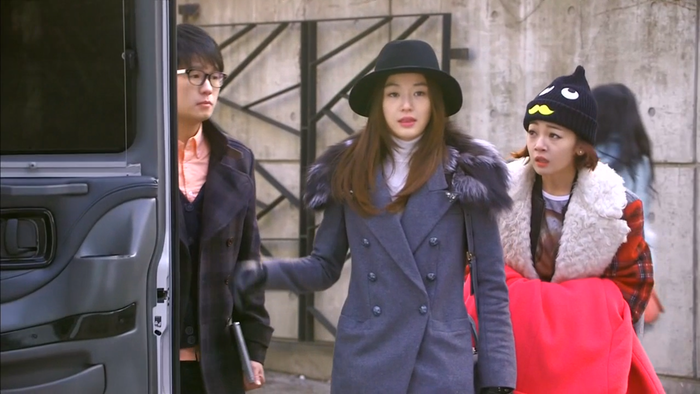 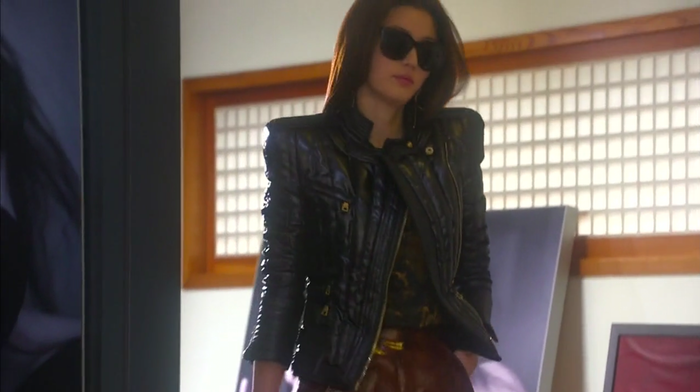 My introduction to K-dramas was My Love From Another Star, the epic and insanely popular saga that details what happens when a 400-year-old alien and a 28-year-old actress fall in love (it’s complicated). The show sucked me in. The plot was just fantastical enough to make it a proper soap opera, but never veered into outright silly territory. The heroine had that same kind of nuance too—Cheong Song Yi (played by the very dewy Jeon Ji Hyun) managed to be a literal drama queen who was also somehow so relatable. But what truly hooked me was the fashion. Song Yi’s character never failed to wear a capital-O Outfit. Her wardrobe was packed with Sandro, Gucci, Celiné, Chanel, Prada—name a covetable designer, and she had all the best pieces. Each ensemble was perfect, down to the tiniest detail, like an oversized-pearl ring or tiny Swarvoski-studded clutch. These were the kind of trendsetting TV-character style signatures the likes of which I hadn’t seen since Carrie Bradshaw’s nameplate necklace or Blair Waldorf’s headbands. This really went to for the whole cast, too. I couldn’t get over how everyone on My Love From Another Star just looked, well, just looked so freakin’ nice all the time.

This stood out to me when I visited Korea too. Even weekend outfits of leggings and sneakers were still topped with a nice coat—people looked casual, but there was no way they were on their way to the gym. This was such a stark contrast to my life in America, where dressing shitty was almost a point of pride. Most of my countrymen dress as if we’re in the midst of the Great Slob Rebellion. We’ve taken casualness to extremes—I’ll never forget seeing my aunt wear yoga pants and flip-flops to her own nephew’s wedding.

My own style transgressions were never this bad, but I did spend a lot of my life thinking my disheveled appearance meant I was laid back and low maintenance, even progressive. I thought my unbrushed hair said “I reject mainstream female beauty standards” rather than “I overslept.” I hoped the scuffed motorcycle boots I paired with a party dress read as “style rebel” instead of “does not own nice shoes.” Minding the details, spending time studying one’s own appearance—these were the time-wasters of the pretentious and superficial, and I had better things to do (or so I thought). Had I taken a more honest look at my reasoning, I would have seen that it all came down to effort. Effort that I was just too lazy to put in. Contrast this with Cheong Song Yi who even with a burst appendix managed to throw on Givenchy and lipstick before heading to the hospital. Extreme? Yes, but you’ve got to admire her dedication.

Some of my favorite of Song Yi’s outfits were what she wore when she was just home alone in slippers. After a few episodes, I started to realize these were her “house clothes.” Sure, they were Gucci and DKNY, and her sleepwear was Paul & Joe, but the lesson I learned stood regardless: Different spaces require different clothes. This was a total 180 from my usual approach, which tended to involve cooking and napping in whatever I’d worn to work, stomping around the house in street shoes, and sleeping in old T-shirts and leggings (the same stuff I wore to the gym). This left me always wondering why my nice dresses had stains and snags, why I couldn’t ever find anything when it was time to work out (or go to bed), and why my floors were always so dirty.

So, when I hit the last episode of the saga, and knew I would miss Song Yi’s wardrobe, I decided it was time to get some house clothes of my own. I bought a pair of fuzzy slippers and some pajamas that would look incredibly silly if I ever tried to wear them to Pilates. And while I’m still sure I won’t bother with the Givenchy (er…Gap?) if I’m ever hit with appendicitis, I’m proud to say that I do now give my appearance a little more thought, and effort, when leaving the house for non-emergency occasions.