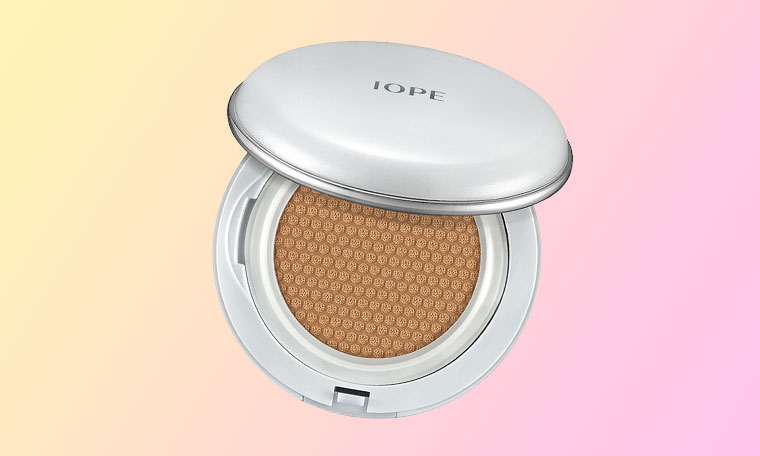 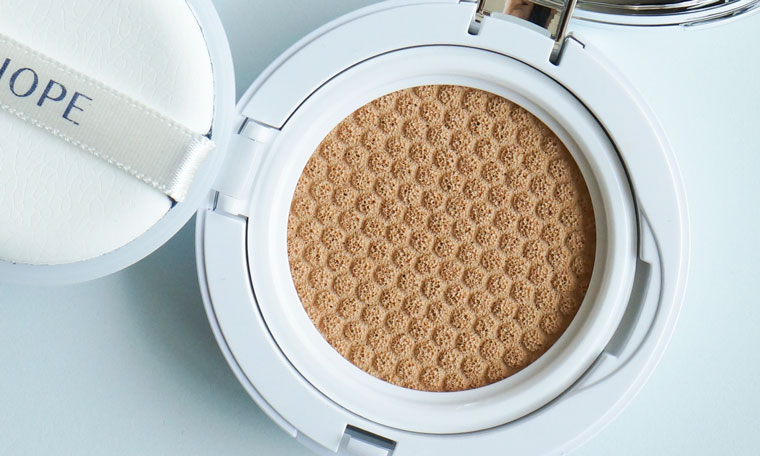 IOPE’s New Cushion Leaves The Decisions Up To You

There’s a new cushion in town. IOPE just released a new teched-up version of their insanely popular XP Cushion. It hasn’t launched in the States yet, but it’s new, it’s news, and these are the kind of breaking developments in the K-beauty world that just can’t wait.

The new exterior packaging is sleek, slimmed down, and lighter to the hand without feeling cheap. It’s the EVE to the old version’s WALL-E. There’s still a nice giant mirror in which you can sort of surprisingly see all your face at once. The puff inside is a little bit smaller than the old one, and feels cushier and more giving. But let’s get to the reason we’re all here—the cushion.

No more dish sponge vibes here. The new model has a ribbed honeycomb texture—each tiny hexagon acts as its own little spongey outlet. The revamped texture offers the user a more controlled pour (or in this case, “dab”) of product; less liquid is dispensed onto the puff, and what is dispensed is more evenly distributed. Which means the coverage is lighter and the application more even than ever. No more accidentally OD-ing on one cheek and skimping on the other.

Blending is still required, and is up to the user to get right. Put puff to skin, and you’ll have a tiny temporary honeycomb tattoo of foundation. But a few extra dabs of the puff blur these dots into a sheer sheen on the skin—you won’t be able to tell where skin ends and tint begins. The beauty of this new delivery system is that the foundation is translated into more of a transparent tint than a heavy cast. Just a few dabs gives a surprisingly natural finish—you can rein in the instant dewy moon-glow of the old foundation. Of course, if you’re into that, you can build up the dew with a few deeper dabs. Which is the kind of built-in option that makes this cushion such an upgrade. It might be a little much to say it’s the best of all possible worlds, but it’s close—you really control how you use it.

So if the term “foundation” has previously scared you off (which is understandable, if misguided), or if you’ve thought that all cushion formulas gave your skin too much shine, this is the amendment to the K-beauty constitution that should convert you.

Editors Note: IOPE is launching the new IOPE XP Cushion specifically for the US in Fall 2016. They’ll be producing different shades and finishes specially for the US market. Stay tuned! 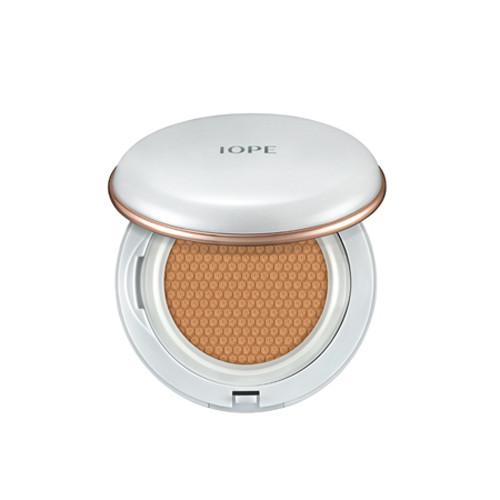