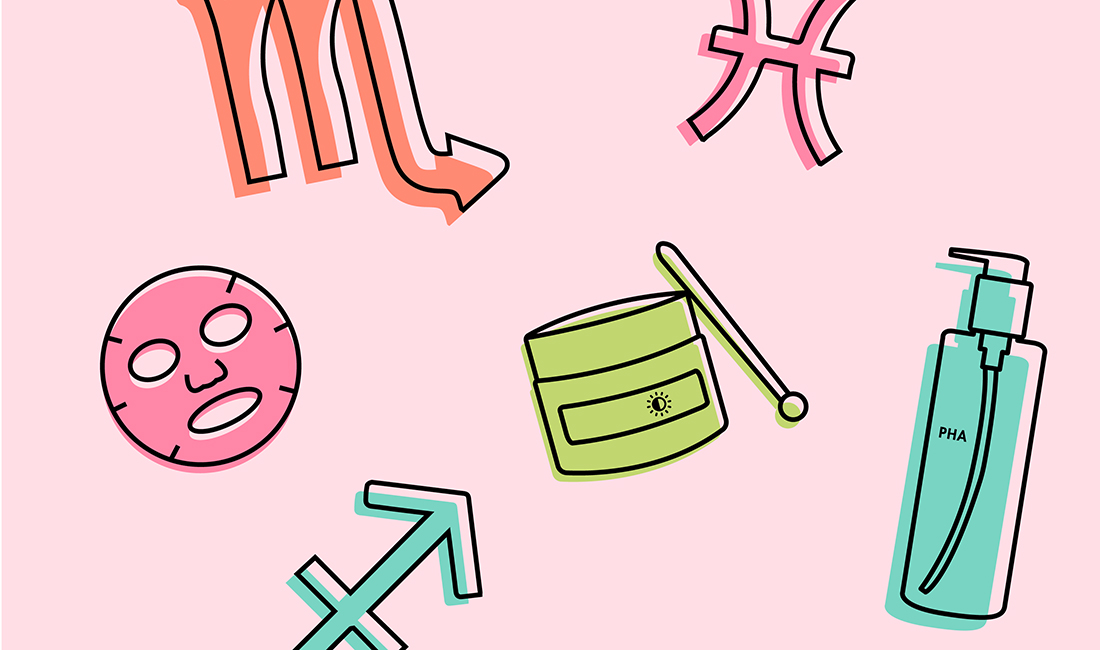 Skin Scopes: The Signs as the 2019 Best of K-Beauty™ Winners

If the zodiac signs were this year’s Soko Glam Best of K-Beauty™ Award winners, which would they be? Indulge us as we explain.

Whether it be animals, our favorite celebrities, or even types of weather, you really can interpret astrology in any which way your heart so desires. So why wouldn’t we take two of our biggest passions: astrology and skin care (of course!) and try to combine them? Well, we did exactly that, but with Soko Glam’s 2019 Soko Glam Best of K-Beauty™ Awards Winners.
Keep reading to see why we think our favorite pimple patch is definitely a Cancer, and why Scorpios remind us of a certain popular toner. 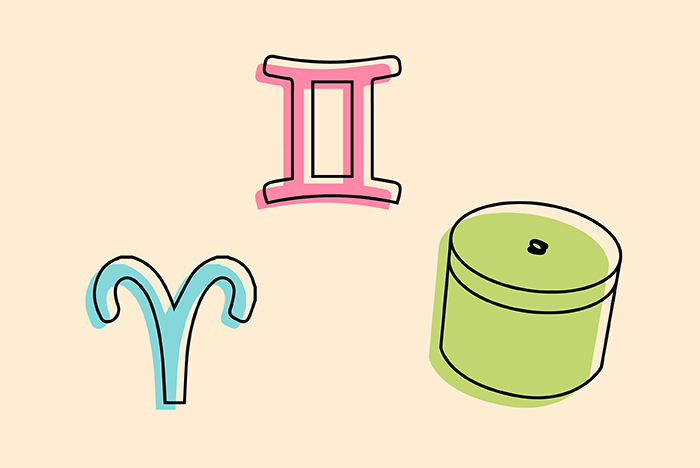 Aries and Gemini don’t have a lot in common with each other, but they both have something in common with these coconut oil cleansing pads. Aries suns, as the ram of the zodiac, aren’t afraid to take life head-on. They can be seen as somewhat aggressive and incredibly assertive, but because of that, they definitely get things done. Similarly, the Solved Skincare Coconut Oil Cleansing Pads can take on any challenge – even your most waterproof makeup. These cleansing pads use 100% virgin coconut oil to cleanse and effectively remove SPF, makeup, and any impurities, leaving your skin refreshed and hydrated.
A cool thing about these in particular is that they’re double-sided – one larger side to remove makeup on your face, and a smaller side specifically for removing eye and lip makeup. This, of course, reminds us of Geminis, AKA “the twins.” Geminis are often stereotyped as two-faced, but that’s only because of their natural duality and their ability to adapt to any given situation easily. They’re also very inventive just like these double-sided pads – each one even has a small pocket for your fingers so you don’t have to touch your face.

As an earth sign, Taureans know how to keep their cool. They’re the sign that appears calm and collected, no matter the situation, and are considered to be the most grounded and down-to-earth. But even though they may seem laid-back, a Taurus’s perseverance is unmatched by any other sign. You might think that they’re not up to anything, but a Taurus is always working quietly behind the scenes to reach their success. That quality is why they remind us of Hanskin’s Pore Cleansing Oil [PHA]. This cleansing oil is gentle and feels soothing to the skin. What you don’t feel, though, is the number of ingredients in its formula that are helping to better your complexion, including tea tree oil to fight acne, PHAs to lightly exfoliate, and jojoba oil to hydrate skin. It might seem like just a simple product to remove your makeup, but it’s secretly making your skin much smoother and clear. 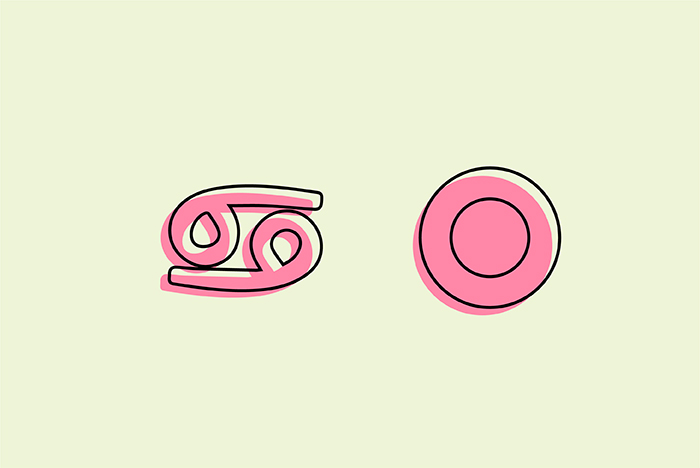 Cancer is represented by the crab, which is probably the most accurate way to describe how natives of this water sign go through life. They are known to keep a shell around themselves in order to protect the emotions that they hold very closely. This shell keeps them from getting hurt (as they can very easily), and shields them from the harsh outside world. Despite all this, they are still caring on the inside, making them of the most nurturing signs of the zodiac. This soothing but protective juxtaposition is not only prominent in Cancers, but it is also seen in one of our skin care favorites – COSRX’s Acne Pimple Master Patches. These hydrocolloid patches are able to heal whiteheads and blackheads, all while clinging to skin to avoid interference with any outside elements like water or bacteria. Unlike many traditional spot treatments that can leave dark marks, these patches treat and sterilize infection without drying out the skin. So while they clear skin and absorb sebum on the inside, they’ll keep the blemish clean and protected from the outside. 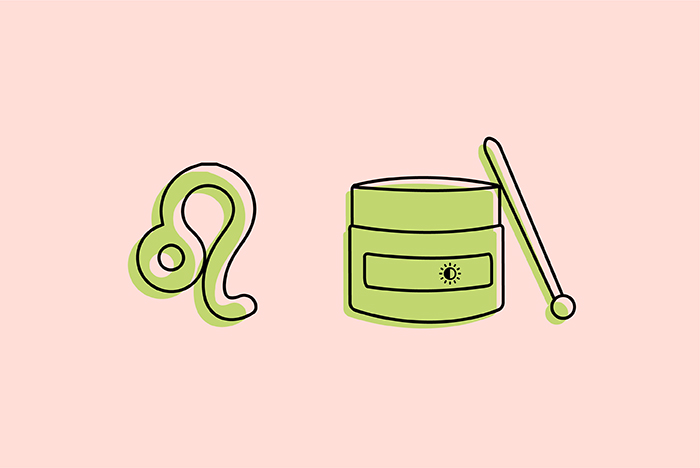 A Leo is definitely one of the signs that you can spot from a mile away. Not only are they known for being the center of attention, but as the lion of the zodiac, they also have a somewhat regal and alluring presence. Leos are leaders, not followers, and they attack every task with determination. Our favorite product that channels Leo energy is Neogen’s Real Vita C Powder Lemon. As a powder, this product can last much longer than other traditional forms of Vitamin C that can oxidize quickly and become ineffective. Containing a 17% concentration of pure ascorbic acid, as well as trehalose to hydrate and lemon extract to revitalize skin, this powder can help your skin glow (just like a Leo would). Just mix with your essence or toner of choice and then apply to skin. 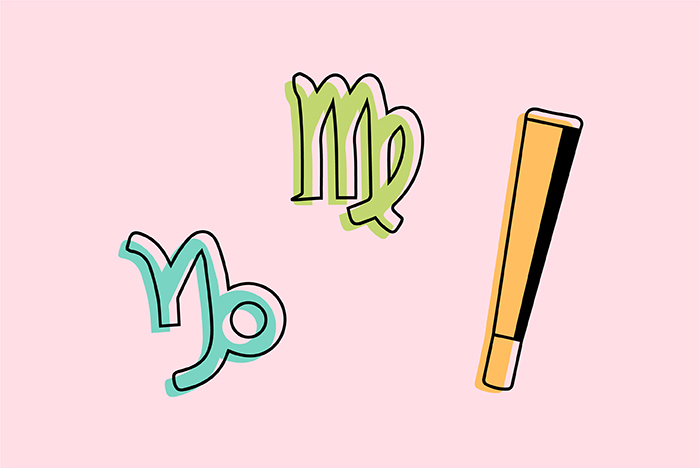 Virgos and Capricorns are similar for many reasons. Not only are they both earth signs, but they’re also both known for how hardworking they can be. These signs always have a goal in mind, and they’ll do whatever it takes to get it – whether that means juggling multiple roles or putting in overtime. You might say that Virgos and Capricorns are kind of like a really great eye cream, or more specifically, the Elensilia CPP Collagen 80% Intensive Eye Cream. This eye cream is the definition of a multitasker – addressing puffiness, dark circles, and wrinkles to keep your undereyes smooth and hydrated. The formula includes two peptides known for their anti-aging properties, SYN-COLL™ and Haloxyl™, to increase collagen production and to brighten.

Libras are naturally intellectual and friendly, which makes them one of the most likable signs. Not only they are outgoing, but they’re also advocates for harmony and justice, whether that be in their own lives or others. Because of this, the symbol for Libra is a scale – representing how natives of this sign constantly seek balance. It is common that they try to find some sort of middle ground in any of their experiences – a concept that we personally think should be extended over to any skin care routine. Having a Libra in your life is just like using Acwell’s Licorice pH Balancing Essence Mist: while your Libra friend can help you balance, say, your love life or your finances, this mist will handle balancing the pH levels of your skin. Not only does it include algae extract and bamboo water to hydrate, but it also contains saccharomyces ferment filtrate and licorice water (AKA brightening superheroes) to make your skin glow. 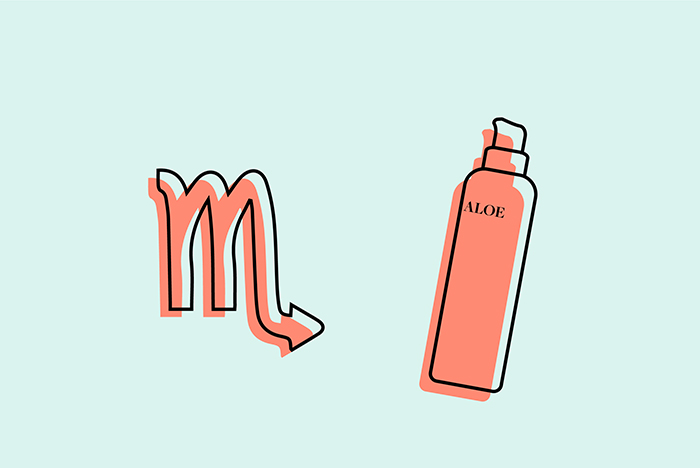 Two of a Scorpio’s trademark qualities are their intensity and willpower. It’s not easy to intimidate a Scorpio sun – they stay determined and they’re more than able to confront anyone or anything. However, because they’re a water sign, they’re also deeply emotional and fiercely loyal. If a Scorpio were one of our K-beauty favorites, it would definitely be the Benton Aloe BHA Skin Toner. This product confronts blemishes head-on by exfoliating pores with salicylic acid, but because the formula also contains soothing aloe and reparative snail mucin, it’s not as harsh as it may seem. 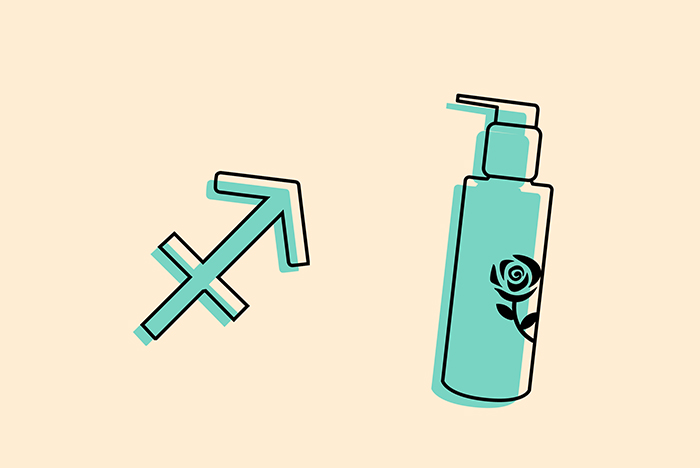 If you know anything about Sagittarius suns, you know that they’re easy going but love to have fun. Instead of sticking to a specific routine or way of life, they go with the flow to see what adventures life has in the cards for them. Something else that loves to defy routine? The Mamonde Petal Spa Oil to Foam Cleanser. The double cleanse is obviously a staple in the Korean 10-step routine, but some days, one more step can feel like one too many. Instead, this cleanser consolidates both steps by starting out as an oil formula and then transforming into a foam cleanser once water is added. With the use of soapberry extract and moisturizing damask rose oil, the cleanser can dissolve makeup and sunscreen while still removing dirt and sweat, efficiently cleansing without stripping your skin. Just like a Sagittarius, this cleanser will make your life much easier. 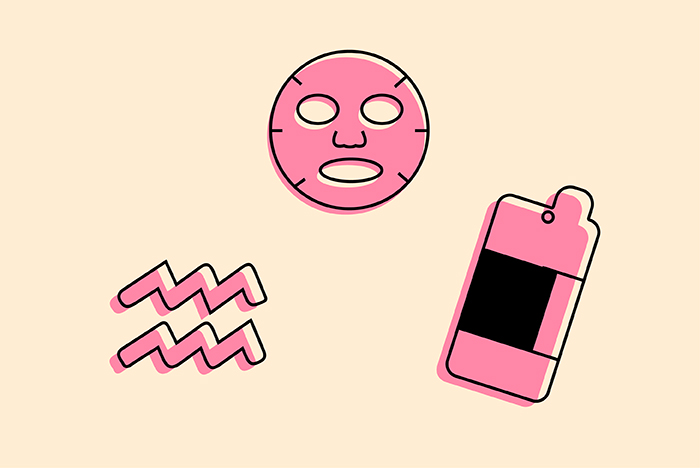 Aquarians have some of the typical marks of an air sign. They’re charming but eccentric, and they stray from the status quo to follow their own path. If you know an Aquarius, you probably admire them for their individuality and outspokenness. Despite these trademark qualities, Aquarius is often mistaken for a water sign – even though they exhibit almost opposite characteristics – for obvious reasons. Not only does their name fuel that misconception, but Aquarius’s symbol is also the “Water Bearer,” which is meant to represent how the sign likes to start anew by washing away the problems of the past.
If you’re looking to take on this Aquarian mindset, we recommend bringing one (or a couple) of Mediheal’s N.M.F. Intensive Hydrating Sheet Masks along on your way to a fresh start. Just like the sign, this mask appears watery on the outside – but it also utilizes other powerful ingredients such as hyaluronic acid and amino acids to deeply hydrate and transform dry, flaky skin. It contains the same components of Natural Moisturizing Factor (N.M.F.), which is naturally found in the skin so that it stays healthy and hydrated. The mask also exfoliates dead skin and tones with the help of willow bark and witch hazel, giving your skin a clean slate (in true Aquarius fashion, of course). 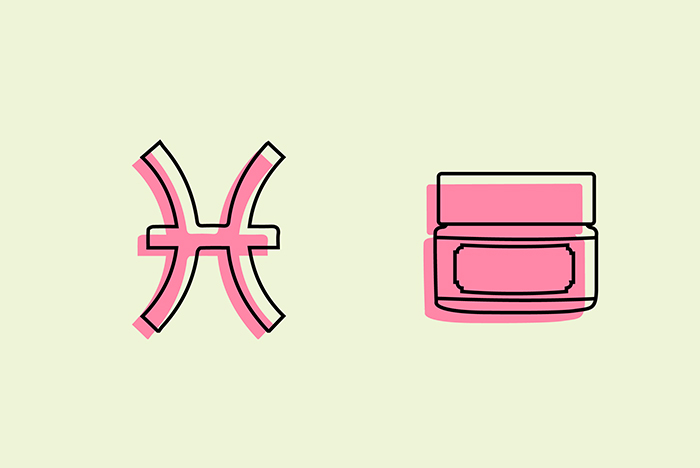 Pisces suns are some of the most sensitive people you could ever meet, and they’re also very kind-hearted and calming to be around. They always put their feelings – and others’ feelings – first, which makes them the most compassionate of the zodiac. As a friend, you can always count on a Pisces to care for you when you’re stressed or troubled. If your skin is stressed or troubled though, a Pisces might not be as big of a help. You should count on Klairs’s Midnight Blue Calming Cream instead, which is popular for effectively soothing any type of irritated skin, such as sunburns, areas of redness, and even skin after extracting or laser treatments. This cream is formulated with centella asiatica to hydrate and relieve irritated skin, as well as Guaiazulene, which is extracted from chamomile oil to keep your skin calm and refreshed. It’s perfect for sensitive skin, but it also moisturizes acne-prone and oily skin without triggering breakouts. 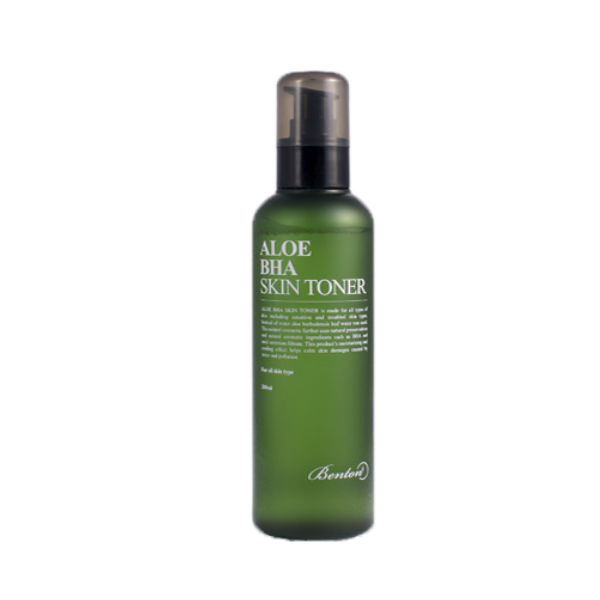 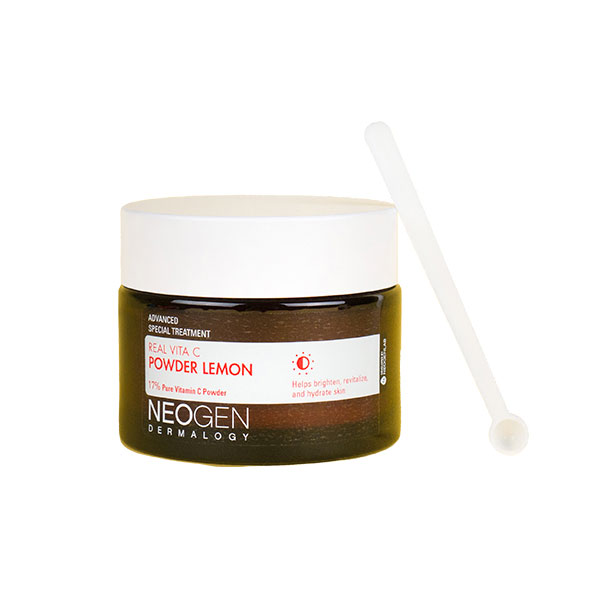 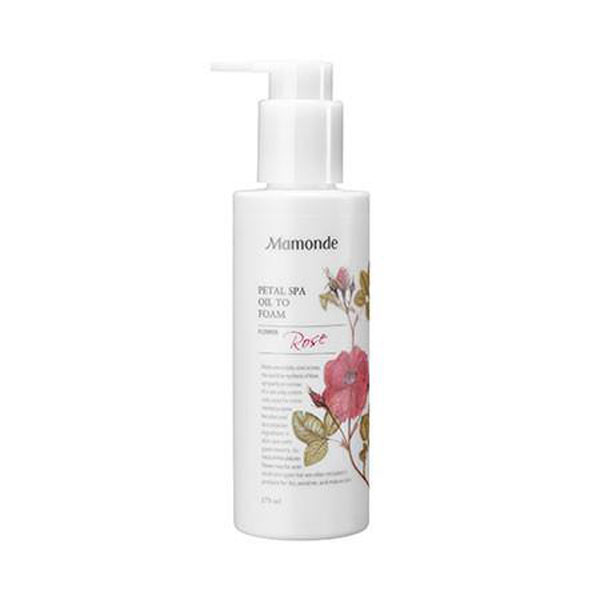