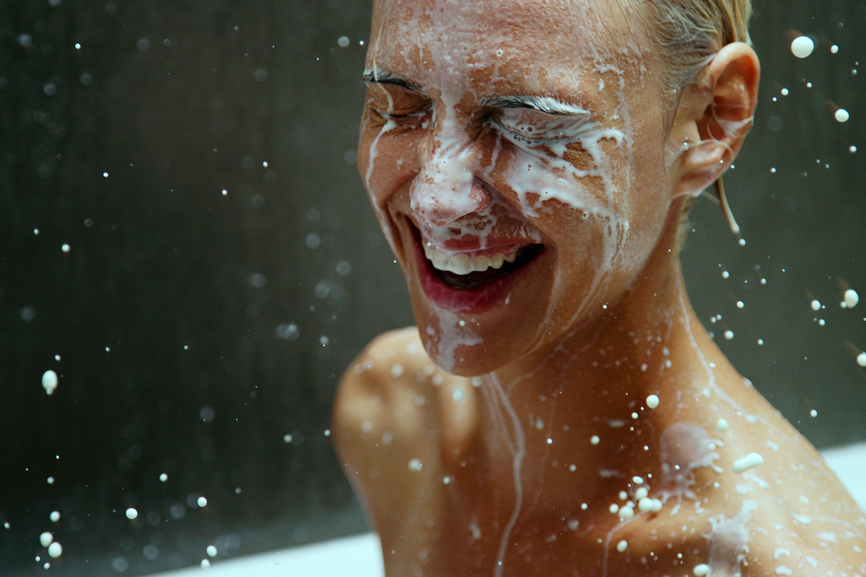 Here’s the DL on Donkey Milk

You read it right: Donkey milk is the next ingredient when it comes to skin care. Learn why.

Donkey milk. Even saying it can elicit schoolgirl giggles, and the fact that many Korean brands play it up on their packaging makes the whole production feel pretty silly. When you learn about what donkey milk can actually do for your skin, though, your giggles may very well turn into eager smiles. So here’s the DL on the ingredient that so many media outlets have played up as wacky and weird.

Donkey Milk Skincare Benefits
Fun fact: Donkey milk contains five times the amount of vitamin C compared to cow’s milk. As you may already know, vitamin C is considered a powerful anti-aging ingredient that both prevents aging and turns back the clock, so to speak. It does this by evening out pigmentation, reducing the appearance of brown spots, boosting collagen production, and protecting the skin from sun damage and pollution-related damage.

In addition to containing vitamin C, donkey milk also soothes and hydrates the skin. It’s considered an excellent ingredient for those with skin ailments, such as eczema or psoriasis, and can even help reduce acne. Because of its moisturizing capabilities, this curious ingredient is also regarded as a top notch moisturizer.

A Bit of Donkey Milk History
Donkey milk has been used as an ingredient in skincare and beauty products since ancient Roman and Egyptian times. The earliest documentation we have of donkey milk used this way comes from Hippocrates, also known as “the father of medicine,” who sang praises about the ingredient in circa 400 BC.

There’s also documentation that Queen Cleopatra herself, known for her beauty, bathed in donkey milk to keep her skin young and supple. The rumor says that she required at least 700 donkeys for this daily bathing ritual. That seems a bit excessive if you ask us, but she was a queen, after all.

Other notable people in history to use donkey milk as a beauty ingredient are Napoleon Bonaparte’s sister, a Roman poet named Ovid (who advocated its usage as a face mask), and Roman emperor Nero’s second wife, Poppaea Sabina. You can read more about the fascinating history here.

Products We Recommend
Korean skincare companies are amazing because they don’t shy away from anything and are always eager to explore new ingredients, even if those ingredients are deemed “weird.” It only makes sense, then, that an ingredient with such a long and legendary history would make its way into the Korean skincare market.

Though donkey milk isn’t as easy to find as some other ingredients, there are numerous options available. The most talked about and beloved is perhaps Freeset’s Donkey Milk 3D Moisture Cream, which runs about $50 and combines donkey milk with lipids and collagen for a highly moisturizing treatment. Freeset also makes a series of donkey milk-infused sheet masks, which are available at Amazon for about $3 each. Some other donkey milk products we recommend Imselene Donkey Milk Holic Sleeping Mask Pack ($13.55) and Skin Ceramic Donkey Milk and Argan Oil Steam Cream ($28.60).