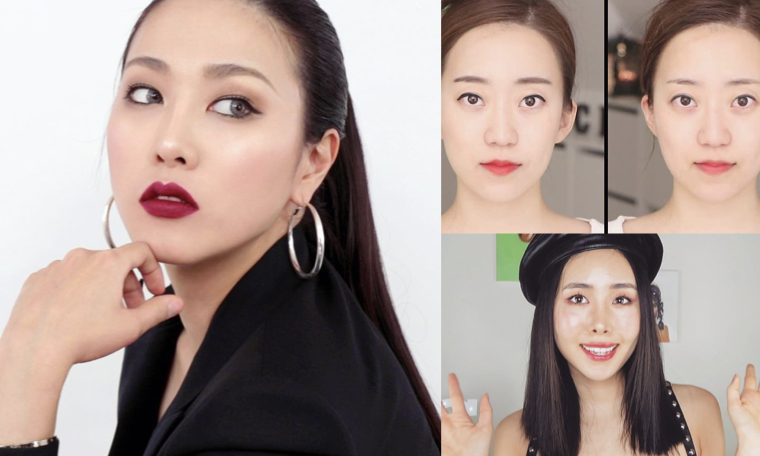 It’s nearly impossible to go on YouTube and not find yourself down a rabbit hole of content. I know I do – as my iPhone screen time notifications like to constantly remind me! Thanks to these binges I’ve discovered so many great Korean vloggers – some that talk about K-beauty and some that focus more on K-pop or lifestyle topics. Below, I’m sharing five of my favorite channels that I recommend tuning in to.

Solfa is a Youtube channel that really blows me away with each video! Each video has that professional touch – think high quality lighting and crisp minimal studio backdrops – but it’s really the content and execution that makes them so special. Solfa creates short but impactful social experiments that are must-sees! Many of the videos question social norms and ask us to examine our values.

The video that introduced me to their channel was the one above: “40 vs 1 Finding My Ideal Type Offline“. In this video, they invited a guest and had 40 potential partners seated in a circle around him. The main guest had to ask a series of questions to eliminate people and see how many of the 40 potential matches actually remained. The video is already at 12 million views and I’m telling you that in my opinion – the hype is justified.

Ever wonder what it’s like to be part of the Korean music industry? You’re not alone as Grazy Grace’s YouTube channel is already at 153k subscribers! Grazy Grace was a fan-favorite contestant on the popular Korean rapping survival show Unpretty Rapstar. Although, she did not win the show, she is continuing to pursue her dreams and is now an independent artist. She posts behind the scenes vlogs of her own music, does covers of other songs (like 7 Rings by Ariana Grande), and even spills industry tea. She’s also friends with many artists in the K-music scene and has them over on her channel for honest interviews. Her interview videos are a pleasure to watch as it’s obvious that the artists are familiar and comfortable with her. Grazy Grace was portrayed on Unpretty Rapstar to be over-the-top, so it’s nice to see a more true-to-life version of her on her Youtube channel.

SSIN is a Korean beauty vlogger with 1.6 million subscribers. Her makeup skills are next level as she is able to sculpt her face using makeup to create trending looks. There are of course many talented beauty experts on YouTube, but what sets SSIN apart is her chill and nonchalant personality. She also does pretty and creative looks that you can copy and wear in real life. During these kinds of videos, she goes by Lady SSIN, a pun for the Korean word “goddess”, and wears various wigs and mimics the personality of a more traditional beauty guru. All in all, with SSIN videos, you can enjoy some humor as well as beautiful makeup looks, so it’s a win-win.

Flying is a five-member South Korean rap rock band. Of course, you can find their official music videos, performances, and interviews scattered across the official YouTubes of their agency or TV networks, but they also have this gem of a channel! 2IDIOTS is a humorous variety channel that features two of the band members, drummer Jaehyun and lead guitarist and vocalist Hun. They are both hilarious to watch and they are always coming up with new and ridiculous challenges and videos to film for the channel. Jaehyun and Hun are both not only engaging on screen during fun challenges but they also just have great chemistry as bandmates so even Q&As are a ball to watch. The editing is fun and similar to Korean variety shows and there are English captions.

Rachel Kim is the unnie (Korean for big sister) we all wish we had! She talks about relationships, self confidence, and explores the pressures of societal expectations and all of her videos are in English. All of her videos feature her sense of humor and she punctuates jokes with fun editing. She also creates entertainment content where she is reacting to viral posts and interviewing strangers on the street. Rachel is currently at over 90K subscribers and is growing quickly. She has also been collaborating with many other English language YouTubers in Korea and it’s so fun to see her genuine and fun interactions with faces we’ve already been watching!