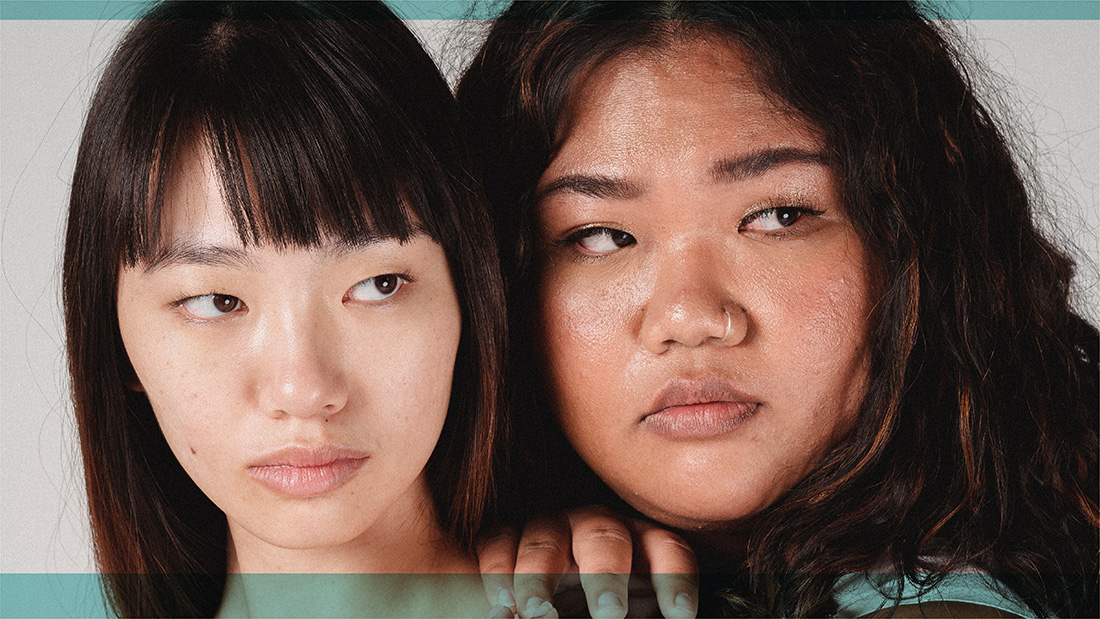 We Tried “Slugging,” Skin Care TikTok’s Hottest Trend, And It Gave Us The Glow We’ve Been Searching For

After all, the hack did originate in Korea.

Skin care TikTok is a magical place. Every single tip and trick I see draws me in- practically guaranteeing that I’ll eventually try each and every hack I scroll past.

That’s why when I saw girls putting thick layers of Vaseline and Aquaphor on their faces each night and claiming it was the reason their skin looked like that of a newborn’s, I had to try. The practice became known as slugging on skin care TikTok because the vast layers of Vaseline resemble the slimy substance that keeps snails hydrated and moist 24/7.

Seeing that I had a positive experience with putting actual K-Beauty staple ingredient snail mucin on my face, I figured taking a queue from skin care TikTok and snails and simply staying super moisturized nightly would be worth the try too. Let’s see how taking skin care tips from an app panned out.

Simply put, slugging is actually the practice of putting Aquaphor or Vaseline over the top of all other skincare products (and yeah, that includes your moisturizer and face oil). The thought process is also simple, in that the thick occlusive jelly will act as a seal to lock in all the moisture beneath it and make it harder for your skin to actively lose moisture.

Why Did I Try It?

As an oily skinned gal, moisture loss isn’t something I’ve ever really been concerned about. But when I see a skin care TikTok trend going viral, I absolutely have to try it. There were so many comments under the videos asking if it was okay to use if they were acne-prone, sensitive, or just oily, but most of the skin care lovers trying it were older and had drier skin profiles overall.

So, even though I was terrified it would break me out, curiosity got the best of me, and I simply had to try and get to the bottom of this “hack.”

Night 1: I’m not going to lie, it felt like an actual sin as I prepared myself to slather Aquaphor on my face. Once I got over the fear / anxiety that I would wake up to a horrible breakout, I applied a fair amount of Aquaphor over the top of my facial oil (about a dime-size). Frankly it felt very nice, but I kept waiting for it to sink in before bed and it became clear that was not going to happen anytime soon, so I hit the hay.

Morning 1: Before I even looked in the mirror, I thought my skin felt incredibly soft overall. Approaching the mirror, I noticed I was extra shiny (see: oily) around the crevice of my nose, but that was truly it. Everywhere else, it seemed to balance my skin. I proceeded with my usual morning routine, starting with an oil cleanse and then a gel cleanse – it was during my oil cleanse that I really got to feel how soft my skin felt. The biggest win, in my book, was the fact that I woke up with no new pimples!

Night 2: Although I was super happy with the results from only one night, I was determined to wake up with zero shiny spots. I still used my facial cream and my facial oil, but this time I waited a good 10 minutes to truly let those soak in a little bit. After 10 minutes was up, I applied the same amount as I did the night before and went to bed.

Morning 2: Waking up, I immediately swiped the sides of my nose eagerly waiting to see if they were greasy. Unfortunately they were still a little greasy, but the rest of my face was balanced as it was on the first morning. My experience with a greasy nose is by no means the universal experience, but my nose is where I’ve always produced a large amount of oil (see: the blackheads I’ve had since I was 11), so expect to be a little slick where and if you can get really oily.

Night 3: Although this slugging practice hasn’t actually rendered any new pimples at this point, it was still one of my top concerns, especially with how slick my nose was getting. I decided to go in with about half the amount of Aquaphor I was previously using. To my surprise, I didn’t have any issues with spreadability and was still able to cover my entire face so I went to bed to see what would happen in the AM.

Morning 3: I think I finally nailed the secret, at least to make slugging work for me, Using half the amount of Aquaphor honestly yielded great results. My skin was nice and balanced as it had been each morning before, but finally, my nose and the surrounding area was not nearly as slick and slippery as it was the previous mornings.

Night 4: Well throughout the day, a brand new pimple popped up to grace my face. I personally don’t attribute this to using the slugging method, specifically because it popped up during the day and I don’t slug during the day. That said, I was interested to see how the pimple would

react to being slugged overnight – would it make it worse? That was my instinct and my biggest fear so I was hesitant to keep going with the project, but nonetheless I slathered on some Aquaphor.

Morning 4: Okay much to my surprise (and absolute delight), my pimple actually shrunk. I was expecting it to double in size because there was no pimple treatment underneath and instead it was just hydration, hydration, hydration. My pimple was also noticeably less red than it was initially. This experience with slugging on top of my pimples sort of sealed the deal for my love of slugging.

Night 5: On my final night of the experiment, I wanted to go back to the original amount of Aquaphor I was using to see if I would wake up greasy again.

Morning 5: Much to my surprise, even though I would say I woke up a little greasy, it was in no way as greasy as it was on morning one. Without a doubt, my skin has become accustomed to using such a thick occlusive and it really loves it.

Overall Thoughts Like I said, when I first saw slugging, I thought it was for dry skin and dry skin only. To my surprise, slugging truly works on any and all skin types, even oily and acne-prone skin. Overall, my skin’s oil production has balanced out. Each morning, my skin looks glowier and glowier, but never oily! 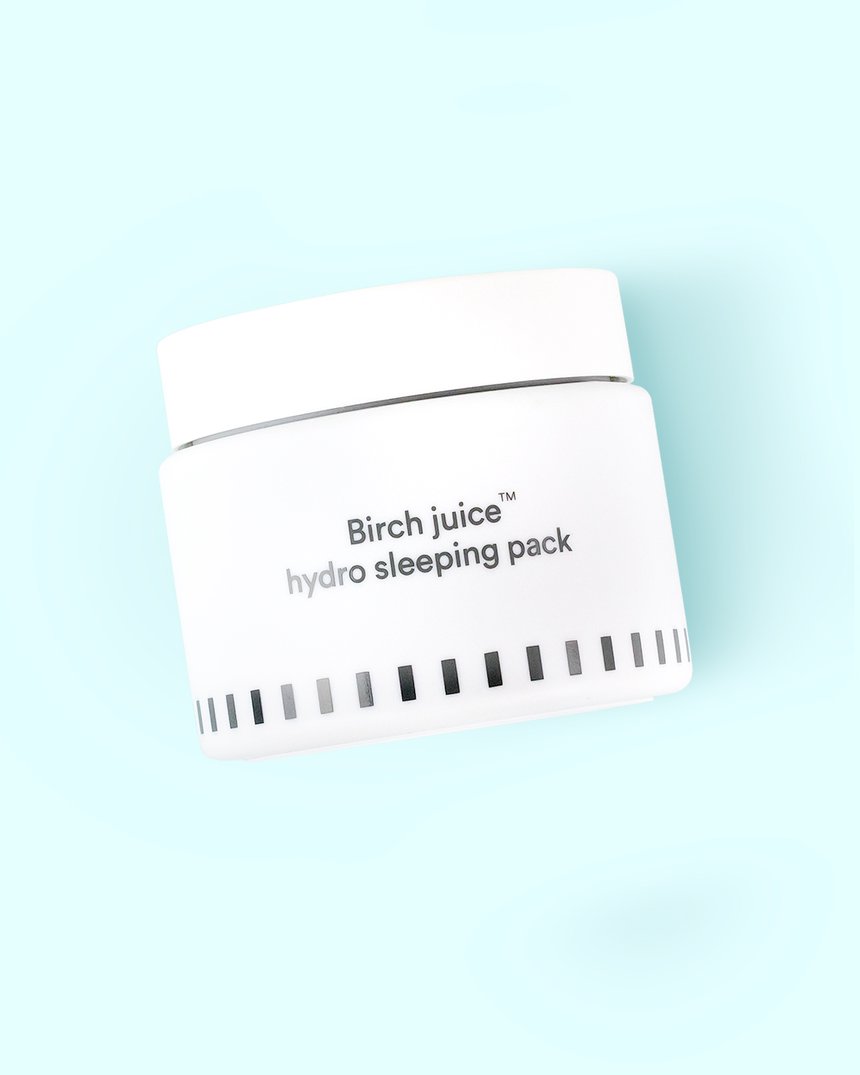 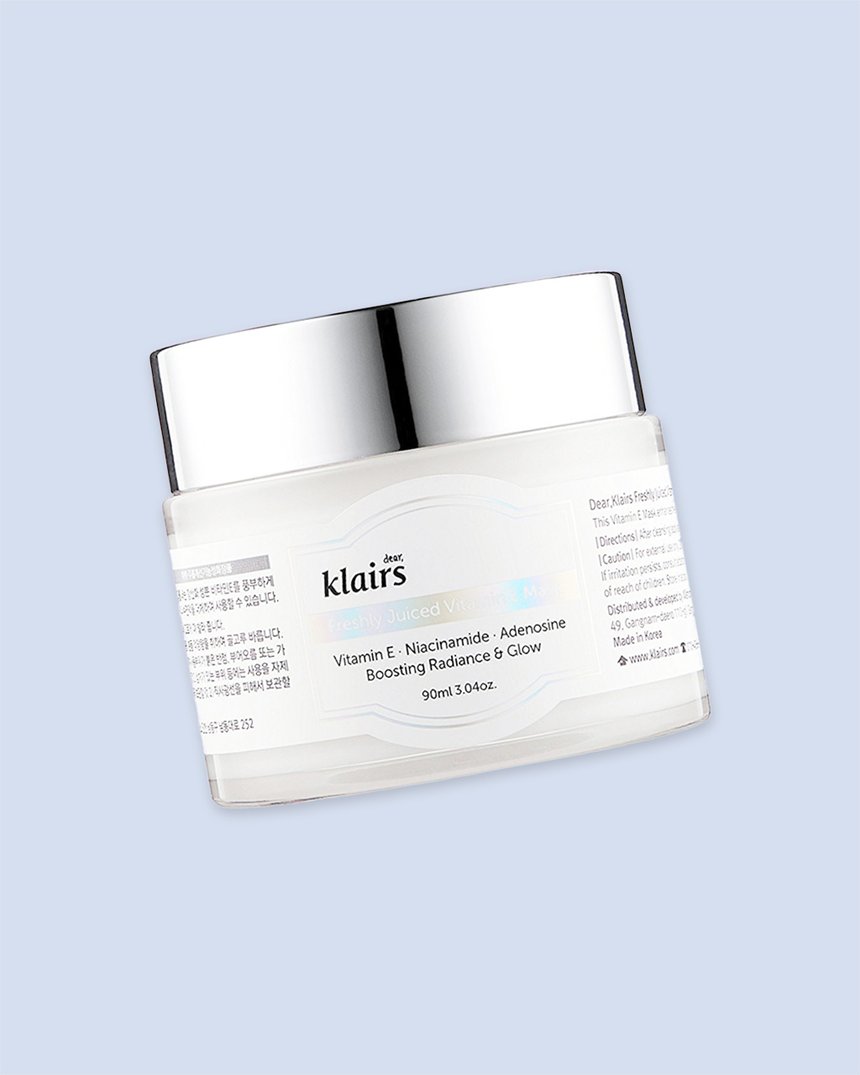 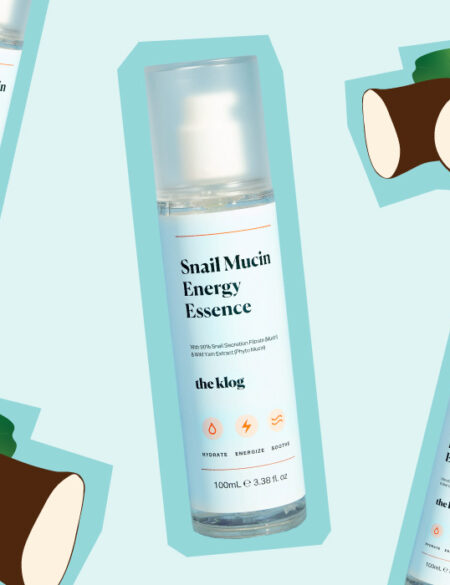 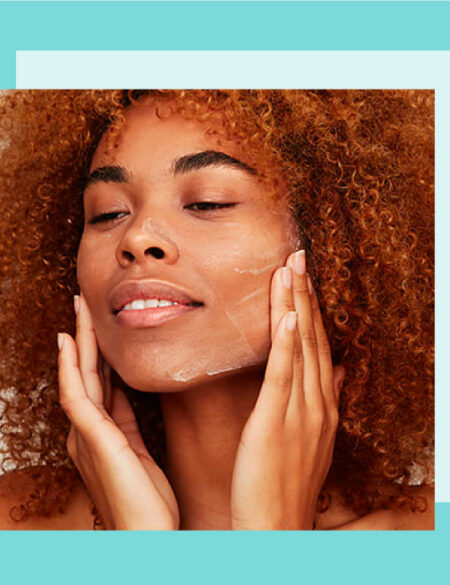 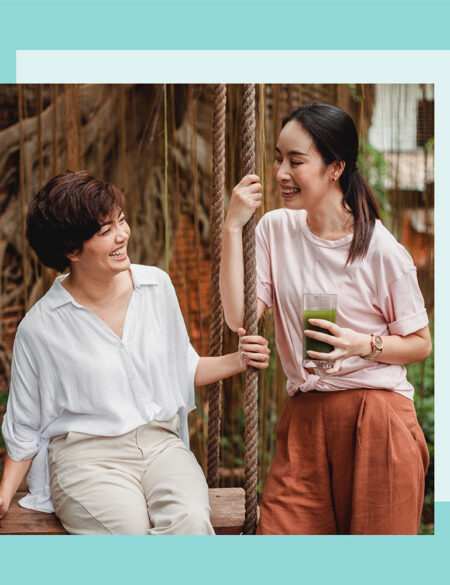 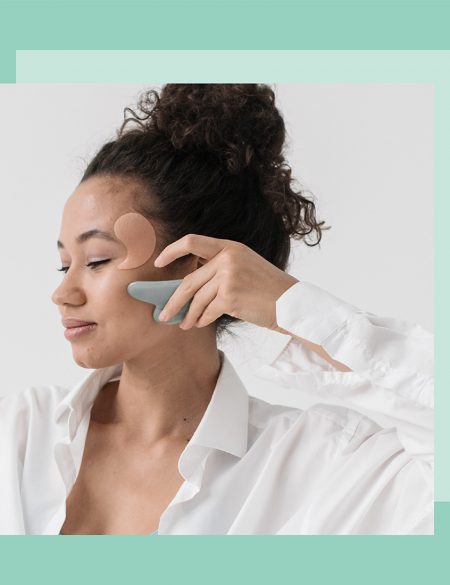 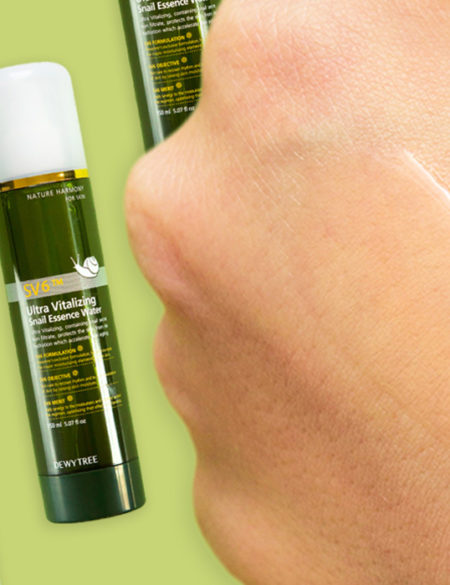 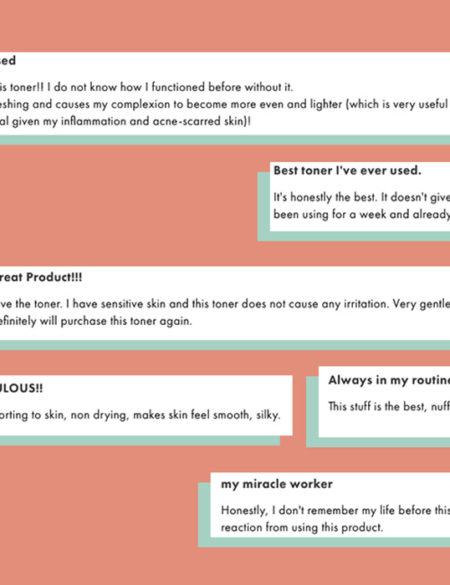 This Acne-Fighting Toner Has Nearly 200 Five-Star Reviews, Here’s Why
by Shannon Stubbs 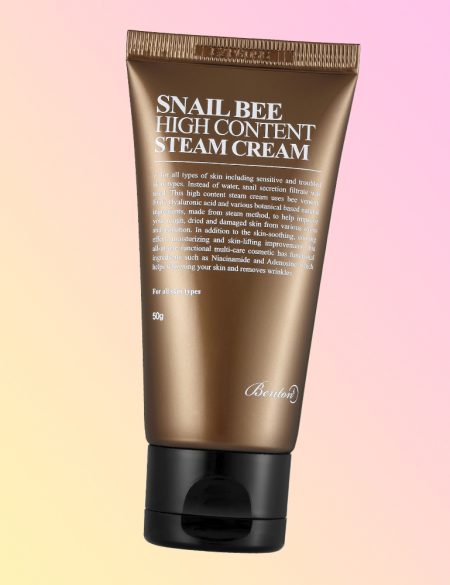 The Face Cream That Is No Filler, All Winner
by Charlotte Cho 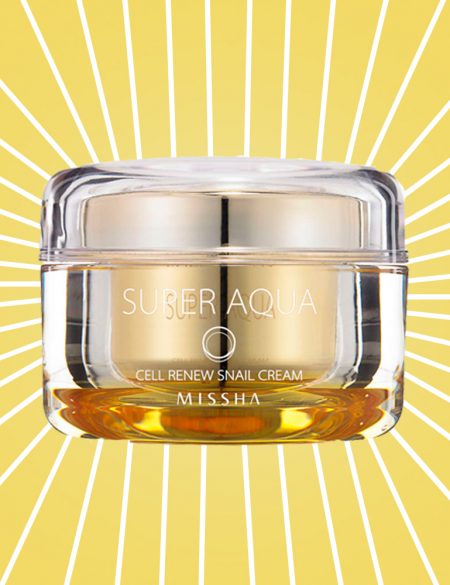 Snail Mucin: The Superhero of Skin Care
by Sable Yong 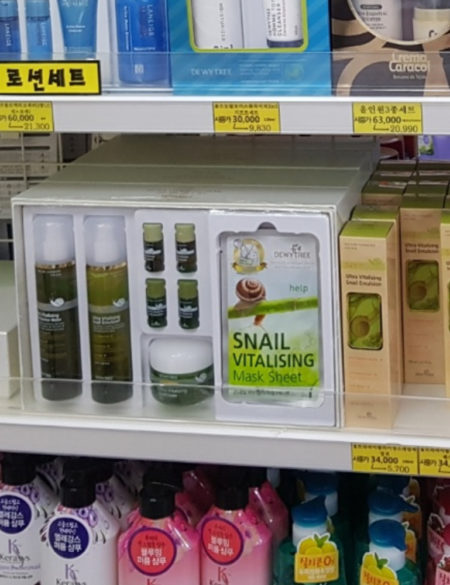 Call of Beauty: The Snail Cream That Men in South Korea’s Military Can’t Get Enough Of
by Monica Park 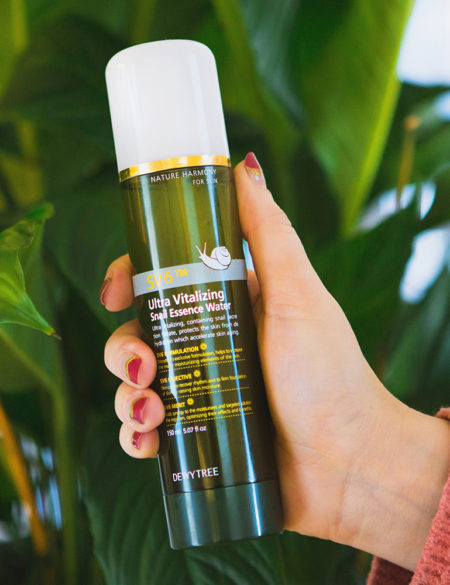 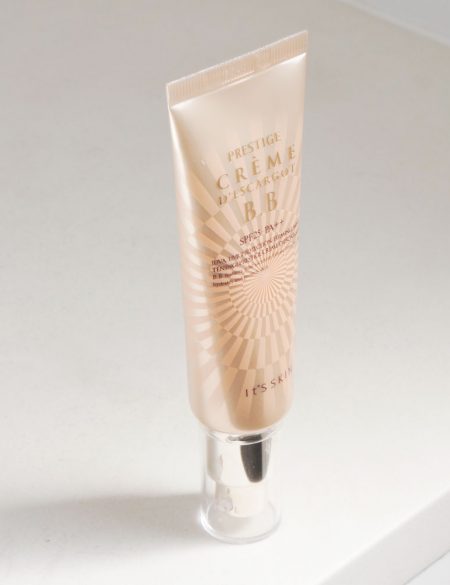 Snail Mucin Makes It To Makeup
by The Klog 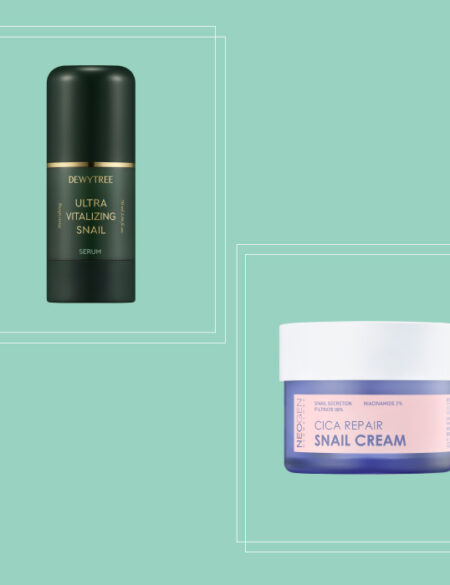 Your Most Common Questions About Snail Mucin in Skin Care – Answered!
by Sarah Ferguson