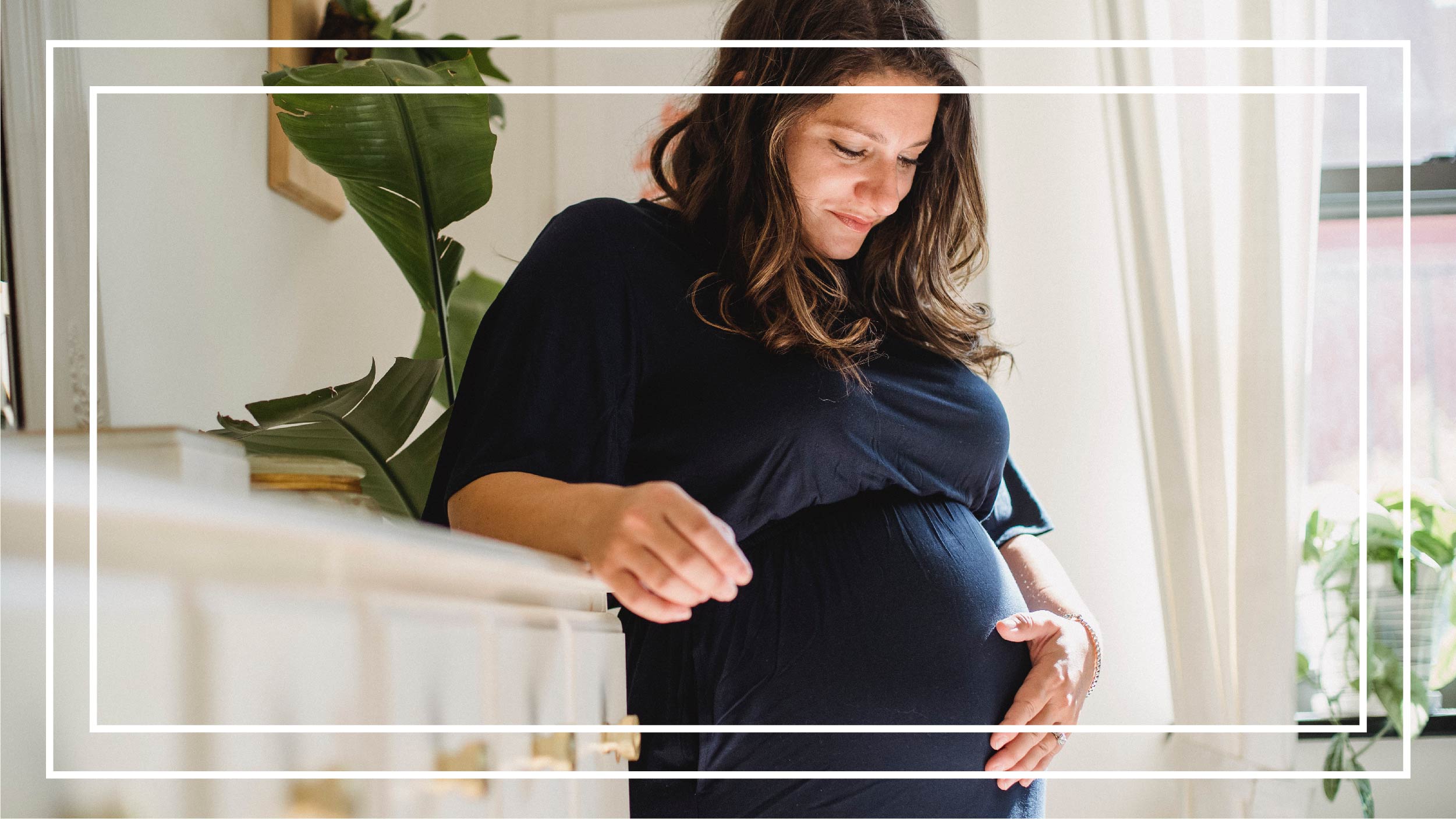 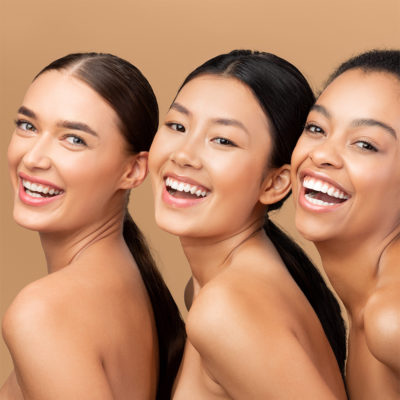 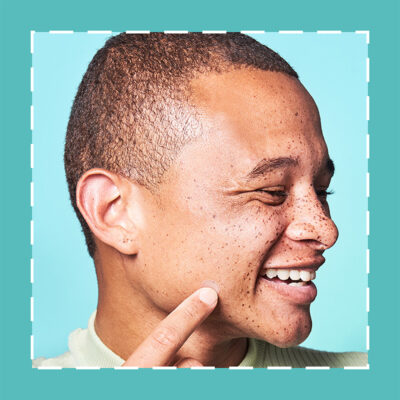 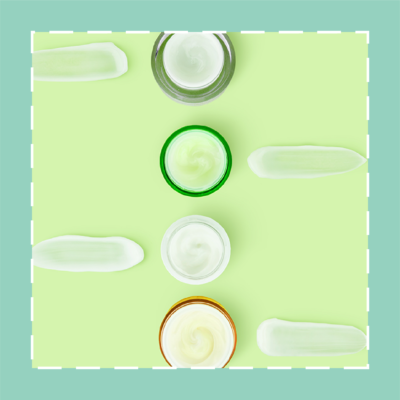 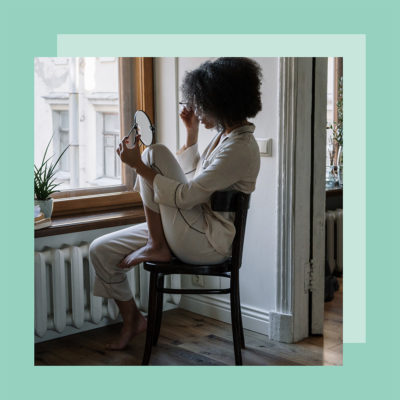 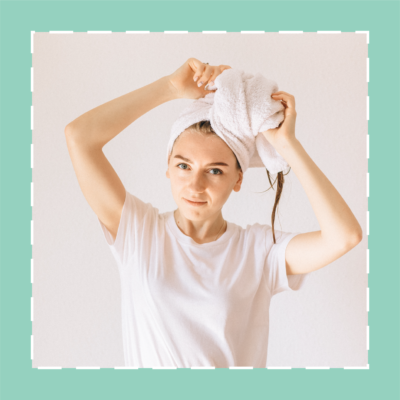 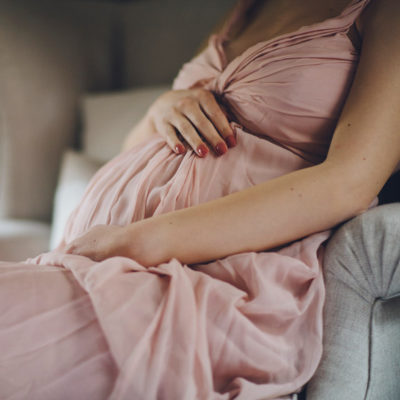 Welcome to Mother’s Day Week at The Klog! In honor of the hardest-working women on the planet, we’re publishing a collection of articles and videos devoted to moms-to-be, new moms, and the moms we’ve been relying on for years. Here, we talk about pimples during pregnancy and the other issue no one else talks about during those nine months: skin tags.
If you’ve ever had a friend, family member, or favorite fiction character who got pregnant, no doubt you’re familiar with the magical skin phenomena known as “The Glow.” An impossible to pin down combination of luminous, rosy, and something along the lines of vivacious, The Glow transforms pregnant people into near-ethereal beauties with luscious, bombshell hair and flawless skin. You know, in theory.
In reality, pregnancy and skin aren’t always BFFs. In fact, there are some particular skin issues that are actually brought on and exacerbated by having a bun in the oven (as if morning sickness wasn’t enough.) To make matters worse, treating skin conditions while pregnant can be a battle, as many traditional skin treatments could have potential side effects or possibly be dangerous for fetuses. All is not lost, though. With a little know-how and the right techniques, it is possible to get through your pregnancy without totally wrecking your complexion.

One of the big Glow-demolishing issues that often comes along with pregnancy is acne. Hormones play a huge role in the development and control of different types of acne (that’s why the menstrual cycle is also such a breakout culprit) and, as you might have heard, when you’re busy making a tiny human inside of you, your body is also busy producing hormones at new and exciting levels.
In particular, an influx of androgens like progesterone can contribute to both an increase in hormonal cystic acne (those painful under-the-skin bumps) and extra sebum production (oh yay, more oil.) Oilier skin combined with the fact that most doctors recommend discontinuing use of chemical exfoliating products and boom, you’ve got more blackheads and whiteheads, and in turn, more inflamed surface-level zits to combat. The miracle of life, right?
“Most acne medications, including some over the counter products, have not been proven to be safe in pregnancy and it’s usually recommended that expecting moms avoid those products,” says dermatologist Susan Bard. That means go-tos like benzoyl peroxide and salicylic acid are out.
So your face has decided to go back to high school, but your usual blemish banishers are a no-go. What can you do?
“There are some prescription products that are proven safe,” says Bard. She recommends having a chat with your doctor about treatments featuring azelaic acid, sulphur, or clindamycin, though she warns that these often aren’t as potent a fix as the acne-fighters you’re used to. For added zit-protection, she often suggests using red or blue light therapy to fight inflammation and kill off acne-causing bacteria at and below the surface level without breaking out the chemicals (or your face.) To tackle whiteheads, pimple patches are a safe go-to! We recommend The Klog Soft Shield Pimple Patches.
It’s also important to find a baby-safe way to slough off those dead skin cells that can trap oil and dirt inside your pores. Your best option out there is to use mild physical exfoliation. Bard recommends investing in a facial brush which can help sweep away dead skin and dirt, but other non-irritating choices, like the Erborian Charcoal Konjac Sponge, which includes charcoal to pull dirt and oil out of pores more effectively, or the naturally exfoliating green tea leaves in the Neogen Real Fresh Green Tea Cleansing Stick are also good options. The key is to go gentle; over scrubbing can damage your lipid barrier and leave your skin inflamed.

Another less expected skin issue that can also crop up among the pregnant set are skin tags. If you’ve never had one before, a skin tag is a small benign growth of (you guessed it!) skin, usually about the size of a pinhead, that can look similar to the mole without the extra pigment. About one in four people in the world develop them naturally, but pregnancy can up those odds significantly.
Doctors still aren’t sure exactly what causes skin tags to form, although there does appear to be both a hormonal and genetic component; they generally run in families and are most common in people over 60, people who are pregnant, and those who are on a steroid regimen. Friction also seems to play a role, since skin tags are most common on spots like the underarms, groin, and eyelids: AKA spots where your skin tends to rub against itself.
Unfortunately, the lack of definitive data also means that there’s no clinically proven way to ward off skin tags, though there’s some anecdotal evidence to suggest that applying a talc-free powder to friction-prone areas may help. The good news is that there’s nothing wrong with skin tags, and as long as they don’t bother you there’s no medical reason that you need to do anything about them at all.
If the look or feel of them gets on your nerves, they’re generally easy to remove. The internet is full of home remedies for eliminating the tiny growths (like tying a string around it to cut off the blood supply), but by far the fastest and safest method of ridding yourself of skin tags is a quick trip to the dermatologist who can remove them with a scalpel or surgical scissors in just a few seconds, with far less likelihood of leaving unsightly marks behind.
Impressive as creating a new life can be, pregnancy presents its own unique challenges. While we may not be able to help you solve that whole baby name quandary, there’s no need to suffer through irritating skin issues. Now get out there and enjoy that Glow.

+How have you changed your skin care routine during pregnancy? Let us know below!

join the conversation
What are your best ways to deal with pimples during pregnancy and skin tags? Let us know below!
comments
LEAVE A COMMENT 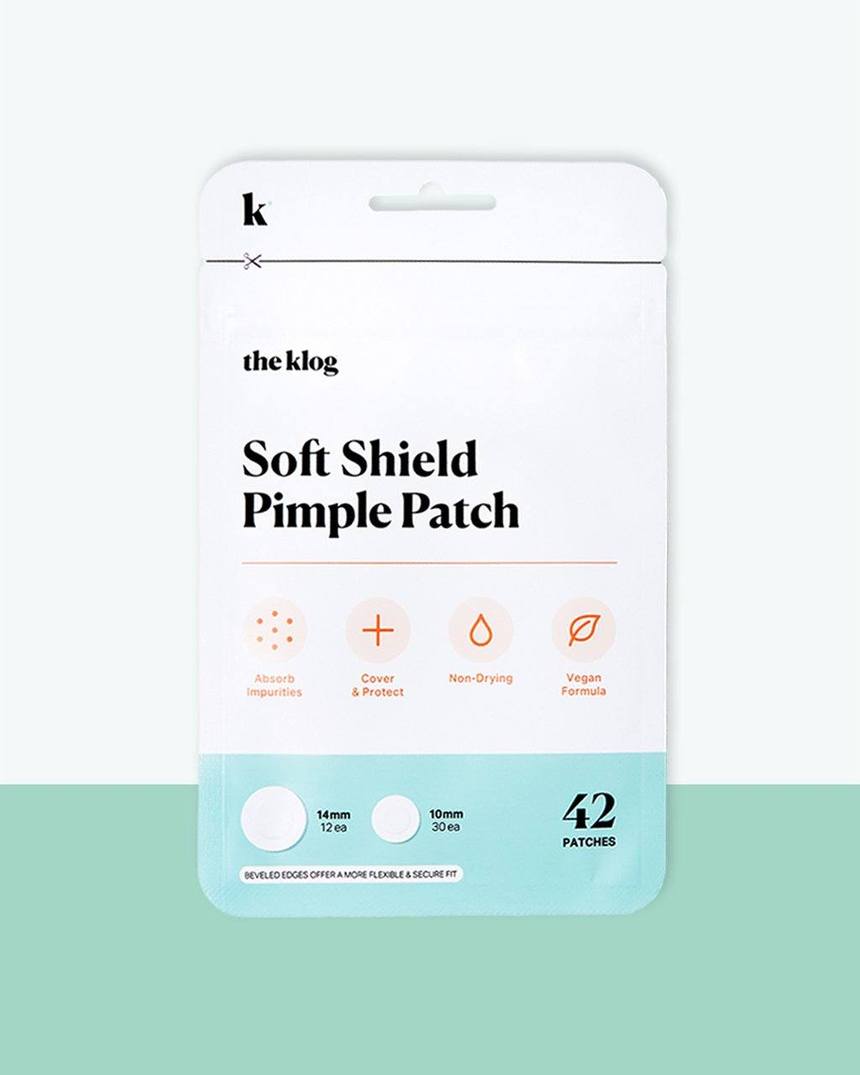 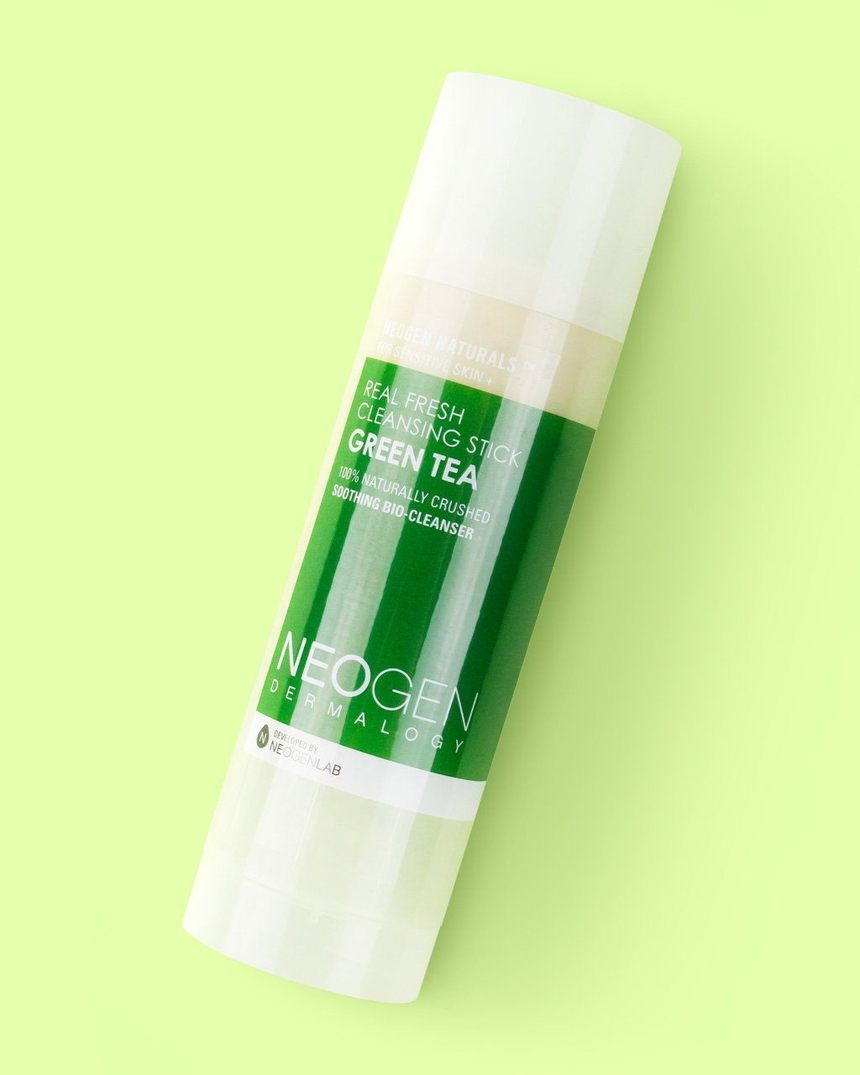 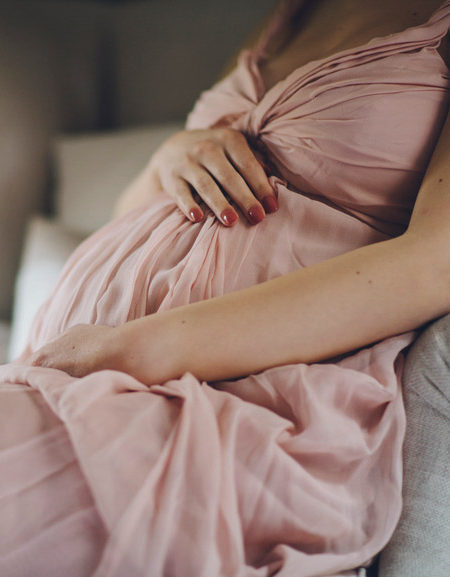