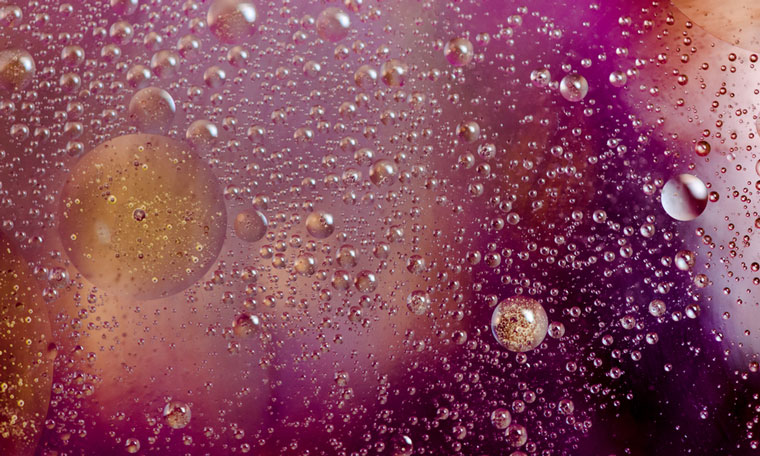 When Good Products Split Up

We’ve all lived through that tragic moment: You went to pump out some moisturizer and got a squirt of oil. Or you squeezed out what should’ve been an opalescent serum and got a clear liquid. It’s not pleasant, but it’s all part of dealing with something inherently unstable, like emulsions.

What’s an emulsion? Put simply, it’s a mixture of things that can’t normally be mixed together. In skincare, they’re usually oil (or silicone) and water. While surfactants and emulsifiers can be used to keep ingredients mixed together, given enough time and the right conditions emulsions will begin to separate. Besides the insolubility of the ingredients in each other, gravity is a major culprit. Water is denser than oil and over time the two are slowly separated by gravity. This is why we often see a layer of oil on top of products that are beginning to or completely separated. Differences in density can also lead to separation in products that don’t even have water in them—thick oily balms, for example, often begin to separate when heated for a long periods of time.

This separation can be slowed down a few different ways. By thickening the water, we chemists can make it harder for the oil (or silicone) droplets to rise. Emulsifiers and surfactants are commonly used to shrink the droplets of oil down in size, which often makes them more stable. The goal is to make products stable for as long as a customer is expected to use it, but it’s a losing battle (though a long one!)

How products are stored also affect how quickly they separate. Heat can melt the thickeners inside our products, making it easier for oil droplets to separate out. Heat can melt some emulsifiers, so they’re less able to stabilize the oil and water mixture. This is why it’s often recommended to keep your products stored in a cool place. You may have noticed some separation after storing your sunscreen or hand cream on your car dash in direct sunlight (not recommended, obviously). Bacteria can also be a culprit, if allowed to grow, they can begin consuming carbohydrates in our products , which are often the water thickeners used to stabilize emulsions.

It’s up to you whether you want to mix a product that’s separated back together (it’s obviously fine if the product is designed to separate—those should come with instructions to shake before use). Thinner-textured products are a bit easier to shake or stir back together, but I’m in the camp that says toss it and report it to the manufacturer, especially if it has separated before the expiry date. The rule for tossing out products that have separated especially applies to sunscreen. If a sunscreen has separated, it’s absolutely time to replace it. The protection offered by sunscreens is partly dependent on how well-dispersed the sunscreen chemicals are, so once it’s begun to separate you can’t be sure that you’ll be getting the SPF or UVA protection that’s on the label. And when it comes to your skin, there’s no reason to risk it.