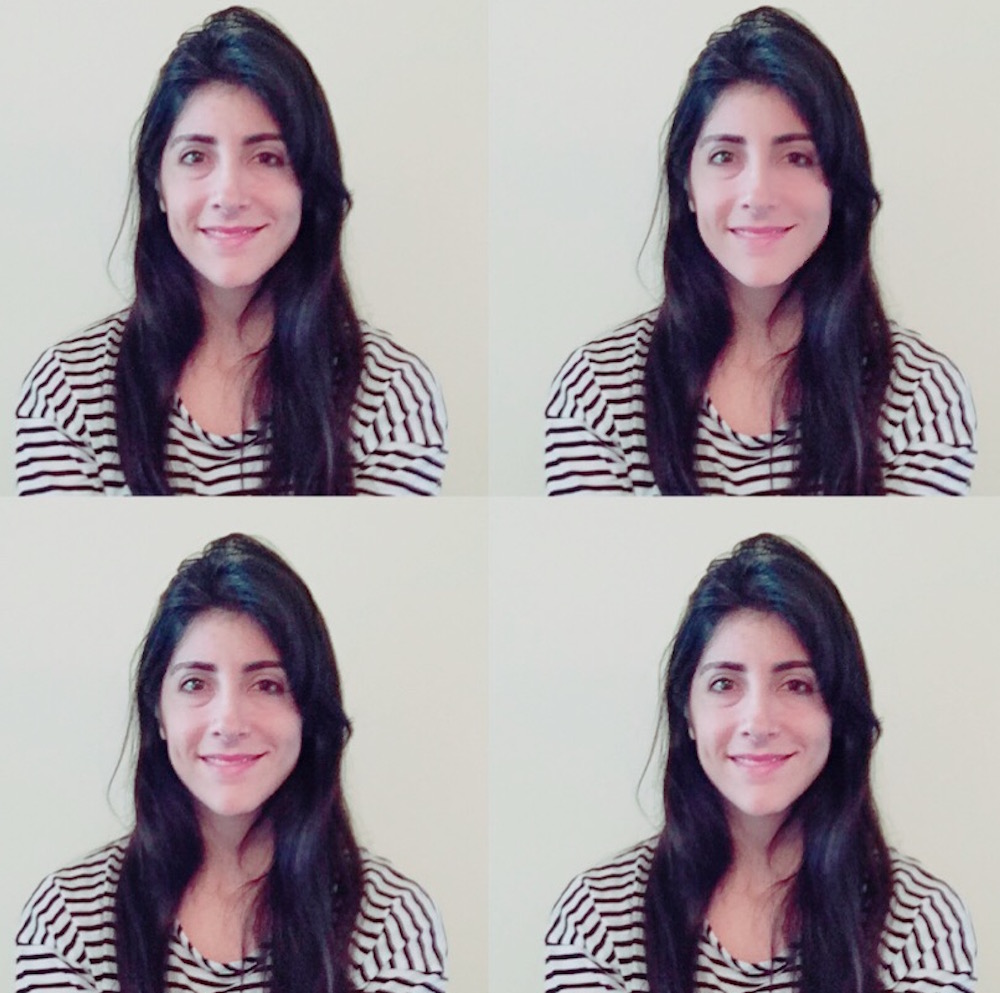 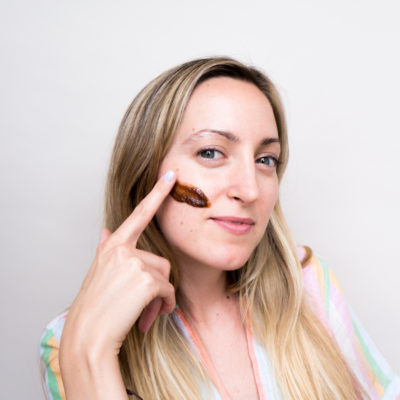 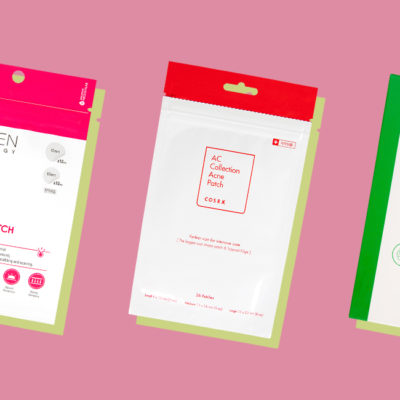 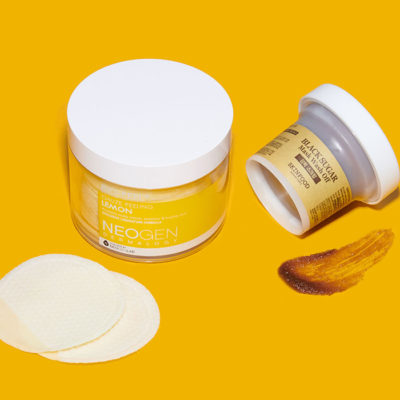 Should You Use a Chemical or Physical Exfoliator? READ MORE 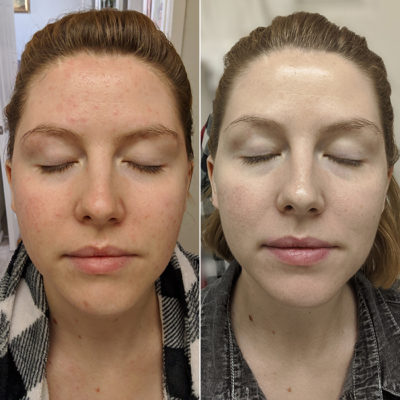 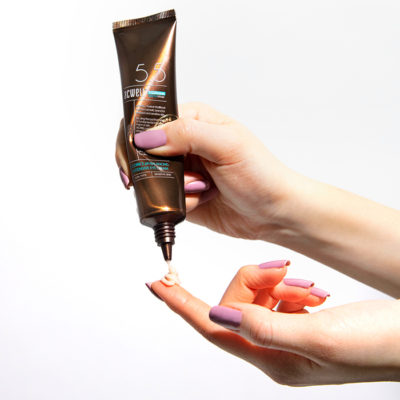 Is This New Brightening Eye Cream the Secret to Getting Rid of Dark Circles For Good? READ MORE
related 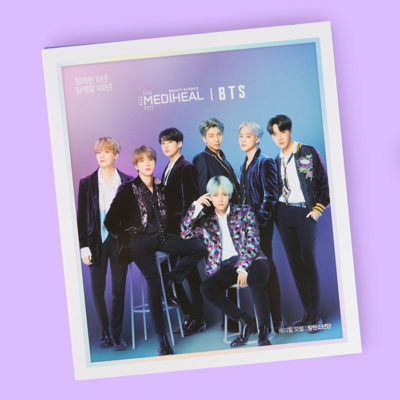 How to Get Your Hands on the BTS Sheet Mask Set That Sold Out in Three HoursREAD MORE
The first time I went to Seoul, I fell in love immediately. When I had to leave, I was disproportionately sad about saying goodbye to a city I’d only known for a week. I felt like I was leaving the future and time-traveling back to the US, where things were a little less chic, a little more boring, and wifi much harder to find.
I took comfort in two things: the literal suitcase of beauty products I brought back with me, and K-pop. On my flight from Seoul to Los Angeles, I watched Korean Air’s K-pop channel for the entire eleven hours, even though they only had about 1.5 hours worth of videos. Back in LA, free from the confines of in-flight entertainment, I’ve fed my cravings with the much more endless offerings from Super K-Pop Sundays, a local radio show that covers new artists, old favorites and the latest gossip (OMG, who got kicked out of the group?!). The show’s host, Leila Wu, really knows her stuff, so I recently caught up with her to find out how a non-Korean became Los Angeles’s biggest K-pop champion.

What first got you interested in K-pop? Do you remember who introduced you to it, and what bands were the first ones that you discovered?

In summer of 2011, I was invited to Korea to participate in a residency with the Gwangju Biennale, an international contemporary art and design exhibition. I spent about a month living there, attending workshops and meeting with artists. During that time I also made a friend who used to take me out dancing, to karaoke, and to hip-hop dance battles. That summer the big hit was GDragon’s “Having an Affair,” which was this amazingly infectious party rock electronic anthem featuring Park Bom of 2NE1 and the comedian and MC Park Myeong-Soo. You could not ignore the song—they’d play it literally everywhere, from coffee shop to nightclub.
I was always a musichead—always been into music, made music, booked shows in college, et cetera. But the sound was so fresh to me, like nothing else. It was like they’d taken all the best parts of Western pop and perfected them. Once I got back home to LA, I started to research other K-pop songs and groups. It became obsessive, my roommate thought I was so weird. This was before Psy came out with “Gangnam Style” and people didn’t really know what K-Pop was. I remember pitching a show to KIIS FM on K-pop one month before “Gangnam Style” blew up the internet. They thought I was crazy to be promoting Korean music, especially as a non-Korean.

When did you start hosting your radio show?

When I got back to LA from Korea I kept looking for a place I could go where I could hear K-pop. I looked for clubs in Koreatown and downtown that might play it but I couldn’t really find much so I started throwing K-pop parties myself. I’d decorate the spaces to look like the clubs I’d visited in Seoul and Gwangju.
KCHUNG is this artist collective and radio station that broadcasts out of Chinatown. I got introduced to KCHUNG by some artist friends, and I mentioned to them that I wanted to do a K-pop show. They loved the idea, so I started Super K-Pop Sundays. It’s a monthly show of the latest hits. It’s also one of the only English-language K-pop radio shows in the U.S. as far as I know—maybe the only one. I try to stick to what’s new, which is pretty easy to do since every month there are so many new songs coming out. A couple years ago we set up a TV station in the lobby of the Hammer Museum and KCHUNG TV broadcast a live feed of television programs online for three months. I hosted Super K-Pop Sundays as a live TV show with guest interviews and a dance tutorial. It was hilarious and awesome.

What is your favorite K-pop band or artist right now, and why?

That’s so hard to answer because it changes all the time. I feel like new releases are constantly coming out that make me shift favorites. I’ll always have a soft spot for Big Bang and the YG Entertainment artists because they were the ones that got me into the genre to begin with, and I think one of the newer groups Winner have a ton of potential, despite their slow tour sales. However recently I’ve been paying more attention to JYP Entertainment artists like Twice, Day6, and Got7, who are coming to the U.S. soon for a live tour. I’m also obsessed with the latest solo release by Taemin from SHINee. I have this sweater that says in Hangul “noona loves SHINee.” Noona means “older sister.” I used to wear it around my building in K-town and got a lot of stares.

How do you think K-pop is different from other types of pop culture?

I think there are essays out there that articulate this a lot better than I can! Anthropologists and university professors have even lectured about Hallyu and the influence of K-pop. If you pay attention to K-pop and compare it side by side to other pop genres you can definitely see how it’s unique. It’s usually really easy to recognize a K-Pop song or video over a J-pop or C-pop one. But exactly what those differences are it’s hard to describe. K-pop seems more Western, but then it’s also really Korean. And the groups are so on point because they’ve been training since a young age; that’s all they do—get groomed to perform. And there is also a lot of money that supports K-pop that helps the industry maintain top talent, and produce amazing quality music and videos. I come from a dance background so I think the choreography has also been what drew me to it. Their moves are always so polished.

What are some common themes that you see play out in K-pop songs and videos?

I’m not sure there are common tropes to be honest. But I do love how there is always a tradition of doing a dance practice video for almost all the songs, where you get to see the choreography from the performances recorded by the artists in the studio. I spend way too much time on YouTube watching dance practice videos.
Also K-Pop stars are encouraged and expected to appear on TV and participate in variety shows, which extends all the fan fare and makes you get to know each of their individual personalities on all these different channels aside from just music. You might see US pop stars once in a while on very large national broadcasts but they wouldn’t dare regularly appear on a goofy game show doing comedy stunts. But that happens in Korea and it’s amazing.

What are some of your favorite K-Pop fashion trends?

I’m not really that into trends but I’ll tell you some of my favorite Korean designers: SJYP, Supercomma B, Blindness, General Idea (who I wish would make womenswear), KYE, and Nohant.

And lastly, any Korean beauty products you love?

I used to love some of the Etude House products, especially their Hyaluronic Cleanser. There’s also this amazing facial mist spray that I pick up in Koreatown that supposedly has the “waters of Daegu” in it. I don’t know if I totally believe that it does, but I love how it keeps my skin hydrated in the dry LA weather. And I never go to the Korean spa without my masks, pretty much all the masks are great but I love the animal print ones from The Face Shop.
join the conversation
comments
LEAVE A COMMENT
SHARE 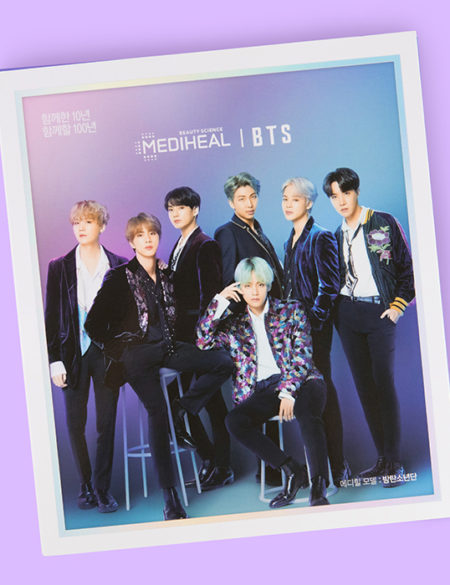 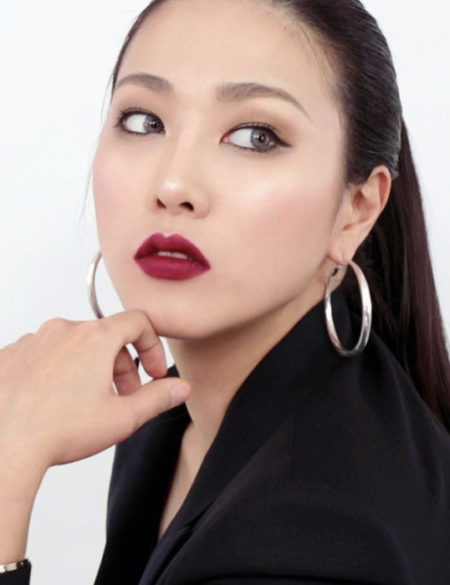 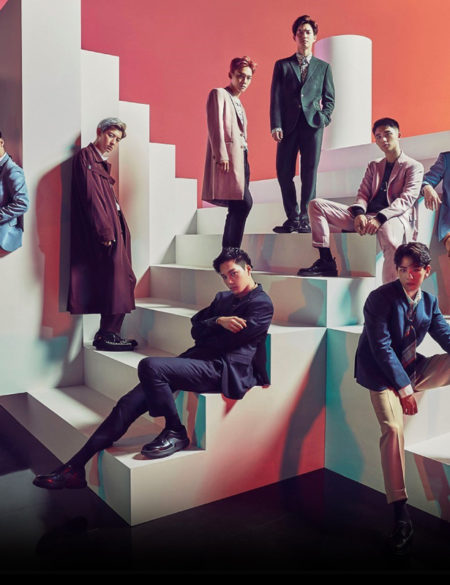 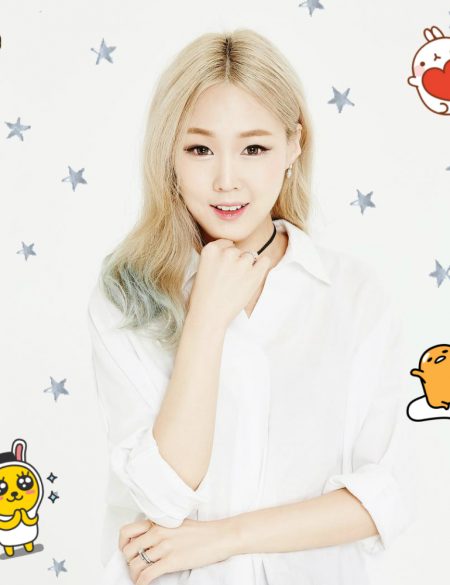 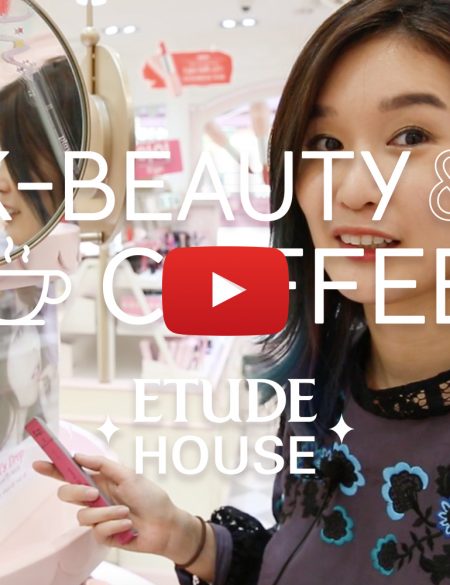 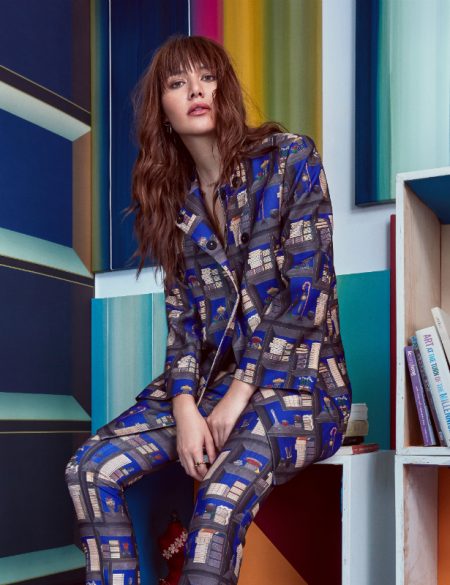 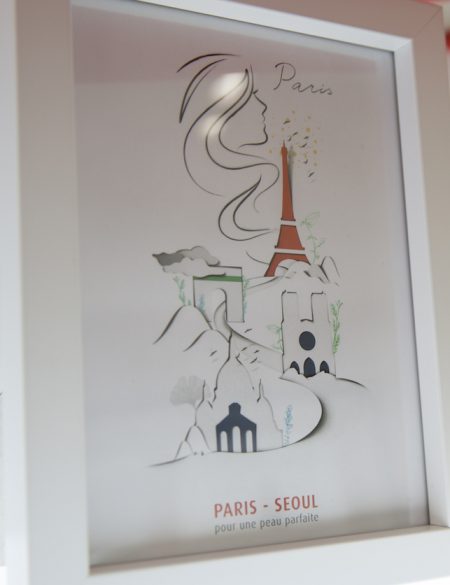 The Secret to Korean Ingenuity: It’s All In The Mix
By The Klog 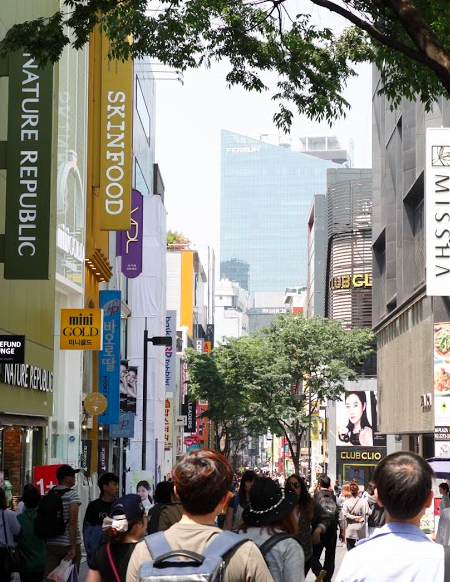 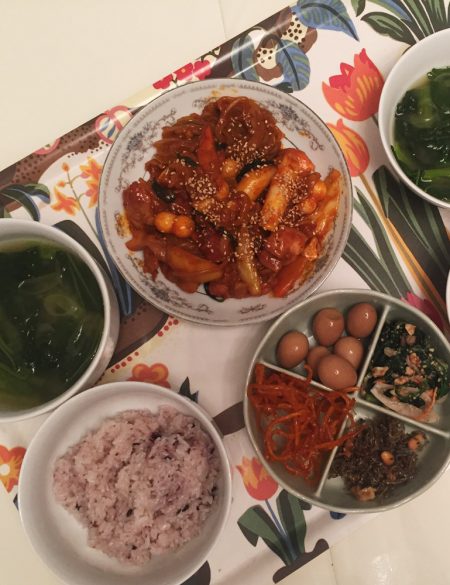 Korea Delivers Everything
By Yaeri Song 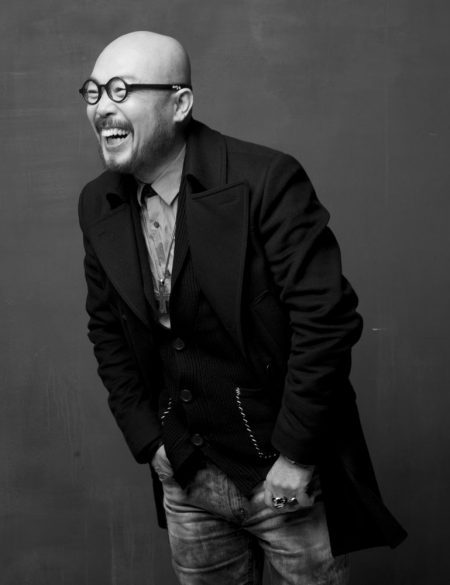 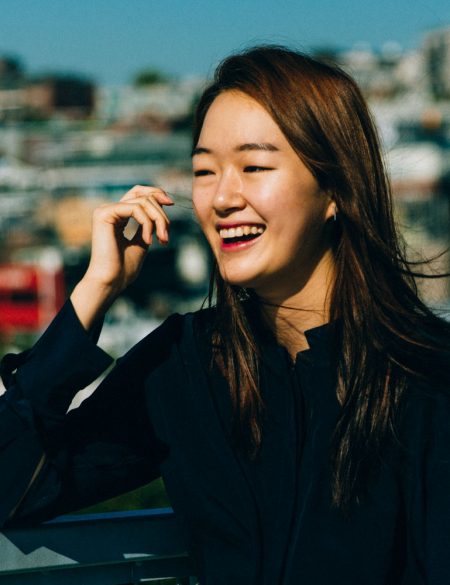 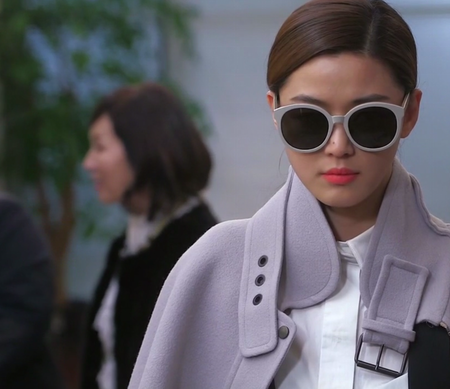 What Are the Main Differences Between Korean and Western Beauty Products?

When to Expect Results From AHAs, Vitamin C, and Other Common Active Ingredients

What Is an Active Ingredient?

The Fragrance-Free Korean Beauty Products That We Love

Is This New Brightening Eye Cream the Secret to Getting Rid of Dark Circles For Good?

This Popular K-Beauty Product Is Nicknamed the “Damn Serum” – Is It as Scary as It Sounds?

Dispatch from Korea: The Prettiest K-Beauty Makeup Trends We Can’t Wait to Try This Fall

Klog Chat: What Are Your Skin Care Resolutions For 2020?