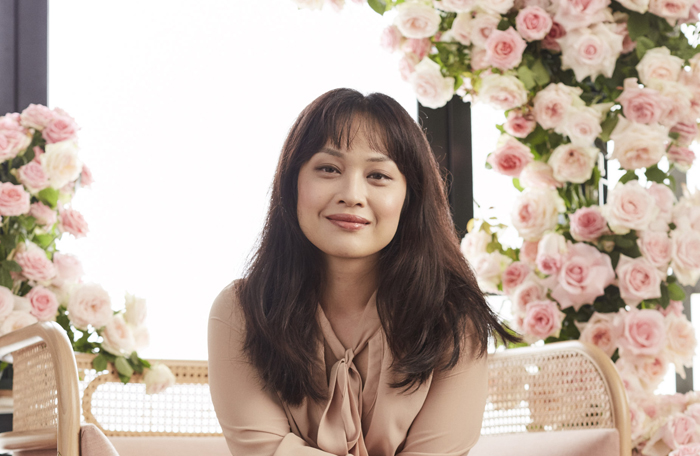 Michelle, AKA Lab Muffin, Reveals The Skin Care Myths You Should Stop Believing

In our interview with Lab Muffin, you’ll learn her trusty way of testing products and the myths she wishes people would stop believing!

Followers of Michelle, AKA Lab Muffin, know her blog as the holy grail of beauty reviews. Armed with a PhD in chemistry, Michelle breaks down beauty to its bare elements and explains it at a basic level that us, non scientists, can understand.
We spoke to her about what she’s currently testing, her favorite K-beauty products, and the skin care myths she hates the most.
What first inspired you to go into chemistry?
Back in high school I had a few really good chemistry teachers. I found it was really interesting. When I went to university, I started doing law and then eventually I realized I wasn’t cut out to be a lawyer, so I ended up in chemistry that way.
How did you make the transition to go into beauty? And why?
When I was doing my PhD, I originally intended to go into academia because I enjoyed teaching and I really liked teaching so I thought it was good for me. I was also doing a lot of tutoring on the side to make money and then I discovered that in academia there is almost no teaching. It’s all getting grants, writing grant proposals, and lots and lots of politics.
So, I decided I wanted to go into education. When I was doing my PhD, I was also writing a blog and I saw all this beauty science around that was really interesting but none of it was simplified. All of it was quite high level and difficult to find and interpret so I started writing about it because it took me ages to read through it and understand it and so I thought if I’m taking all this time to do it, I might as well share what I’ve done and other people can also benefit, and the blog really took off from there.
What does your current skin care routine look like?
A lot of the time I’m testing things so it’s hard for me to have a consistent routine, but right now I’m testing tretinoin and retin A. So, it’s mostly retin A, which is 0.05%. I’ve been putting it on as a mask, but I’ve finally left it on overnight, so the rest of my routine is super gentle because I know that my skin gets really grumpy when I use vitamin A.
I’m currently using Liah Yoo’s cleanser, the Krave Beauty Matcha Hemp Hydrating Cleanser, which is really nice and gentle. Before that, I do use a cleansing oil. And then, I wait for my skin to dry and then I put on a bit of oil. There are a few different face oils I’m using. The one I’m primarily using for this is the Huxley Secret of Sahara Light and More Oil and then on top of that, I’m putting a tiny bit of the retin A and I’m actually testing two moisturizers on my face. One half is Dr. Jart+  Cicapair, the cream, and one half is Stratia Liquid Gold so I’m trying to see which one works better for reducing the peeling from retin A. 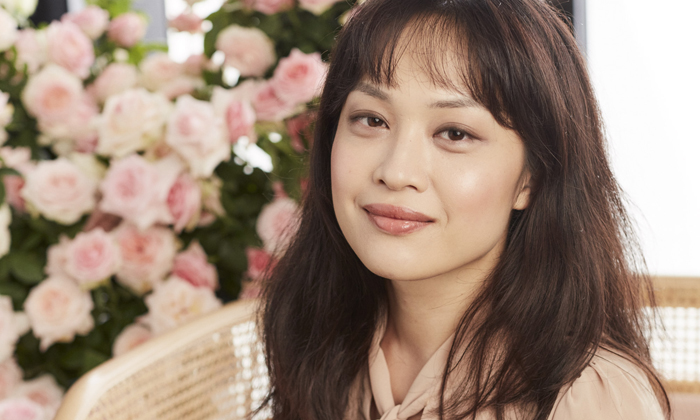 How do you go about testing new products?
I’ve been testing products for so long that it’s not scary for me anymore. With a lot of products I can sort of already tell after using them twice what they’re going to be like. This usually happens with cleansers and  hydrating toners. For things that are a bit more long term, I try to keep using them for a week or two, depending on what product they are. So with the retin A, I’ll probably be testing that for two months. It’s a bit of a different product.
Moisturizers are usually one to two weeks. Usually I try to use it on only half my face so I can compare it to the other half. It’s a little bit scary because half my face is going to look different from the other half. I always try to have some sort of control or comparison so I feel like I can give a more reliable review.
Do you have any K-beauty faves?
The Cicapair seems to be working really, really well for me. It’s probably a little too early to tell, but I think this is going to be a favorite. I really like the Klairs Supple Preparation Toner. Before that I was using Jurlique which is really expensive. The Klairs one works not quite as well as the Jurlique at hydrating but pretty close, so I’m really impressed with that.
I use the Mizon Acne Blemish Out Pink Spot. I use that on any giant pimples. I feel like nothing really helps those giant pimples but I, maybe superstitiously, just put it on anyway. I really like Liah Yoo’s line: the two Krave Beauty products. I use a lot of Korean eye makeup removers. I don’t really have a favorite, they just seem to have really good, cheap ones, so I bought a whole bunch at one point and I’m just working my way through them. There’s a Missha one, there’s a bunch of Face Shop ones, I’m currently using the Face Shop rice cleansing one with two layers. I really like peeling gels, I’m currently using a lemon one from Secret Key.
What’s the most surprising thing that you’ve found since you started your blog?
I was really surprised by the fact that anyone wanted to read it, to be honest. I was surprised by how many people are actually interested. I thought my blog would be read by five to ten people at the beginning but the reaction has been really positive and I think it’s quite nice because I was brought up in an era where being nerdy was a really bad thing. When I was growing up, no one was nerdy but I think a lot of people now are okay with it. I think there’s been a big shift there in culture which has somehow worked for me. That’s probably the most surprising thing to me is that people like it and that people understand it, as well. I always worry that it’s too high level, it’s too complicated but apparently I am explaining it, which is great.
I think what’s scary about being part of a niche is, you see it and there’s no one there so maybe it doesn’t work or maybe no one cares. It’s been a nice surprise.
You do some skin care DIYs on your blog, what are some things that people should look out for when they’re making DIY skin care?
I don’t do too many DIYs and the primary reason is because I’m not confident with using preservatives. Recipes I make are either self-preserving in that they have a low enough pH that they’ll stay preserved for the life of the product. So, for the vitamin C serum which I do use regularly, that’s got an extremely low pH and its intended to be discarded within two weeks, so I’m comfortable with that.
But in general, with water-based things you need to have preservatives and they’re annoying to get in Australia and and I’m not confident enough with the amounts to use so I’ve just been avoiding that. I think that’s probably the main thing to look out for is if you have anything water-based, unless it’s very low pH, you’re probably going to need a preservative and a lot of people in the wider community don’t realize this and then they end up with bacteria in their products.

What’s the most important thing people should look at before purchasing a skin care product that most people don’t look for?
Personally, I always look at reviews. It doesn’t sound very scientific but I think if you can find detailed, impartial reviews from bloggers who you’re pretty sure aren’t too biased, that usually is the best way of telling if a product will work for you. And if they have a similar skin type to you, as well.
The thing with products is the ingredients list doesn’t tell you too much about how the product will really work in practice, so you’ll see niaminicide in there which is great, but then you need to figure out the way that it’s incorporated into the product— there’s a million different ways, even with the same ingredient list. So, the science will help you find which ingredients to look for, but the reviews will tell you which products are more likely to work for you.
What’s your best tip for hormonal acne?
I’ve been looking into this myself. I think this is the best tip: If it’s severe, see a doctor and look for things like birth control or spironolactone. Or maybe even Accutane, because a lot of times skin care can’t reach deep enough to deal with hormonal acne.
Best tip for anti-aging? Other than sunscreen?
Yeah, sunscreen is definitely the biggest. Just overall health. Things like diet, take care of your stress levels. In terms of skin care products, I think, after sunscreen, probably AHAs.
Favorite ingredient?
I really, really like lactic acid. I really like rosehip oil. I really like glycerin, as well. It’s really cheap but it’s really underrated.
What are some beauty myths that you wish people would stop believing?
On my Instagram I’ve actually got a mythbusting series going on and I started in November and I was gonna go for a week, but it’s gone on for three months now. I put on a myth maybe once every two days. There’s a whole bunch of ones on sunscreen. For example, there’s the idea that physical sunscreens work better than chemical sunscreens and that’s not true. Chemical sunscreens in America tend to be quite bad but elsewhere in the world, they absorb UV much better and so you can get much better protection.
There’s also the myth that physical exfoliation is evil. So for a lot of people they overuse scrubs but if you go really gently, physical exfoliation goes really well.
What’s a beauty trend that you want to see in 2018?
I’d like to see people realize that natural is not better, but I also want people to look more into things like sustainability and environmental friendliness and that’s not always natural. I do like that natural skin care is a sign of people being more conscious about the environment but at the same time, there are a lot more factors that go into that other than whether something is actually natural, so I’d like to see more sustainability and social responsibility from brands.

+ What would you ask in an interview with Lab Muffin? Share your questions below!


Why We’re Crazy About Niacinamide 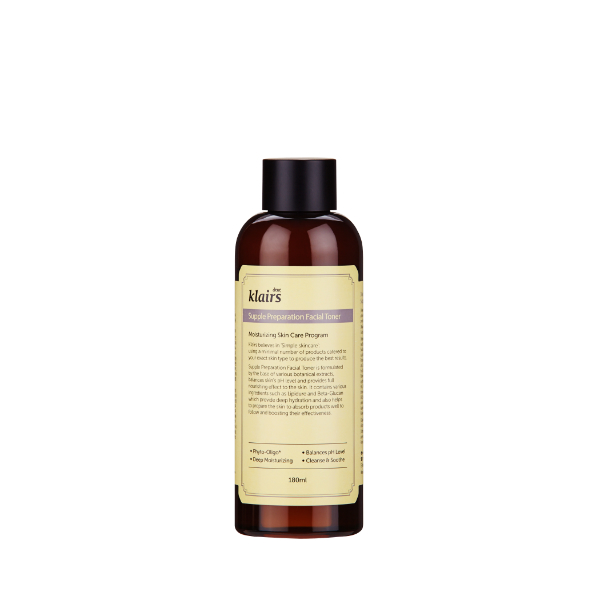 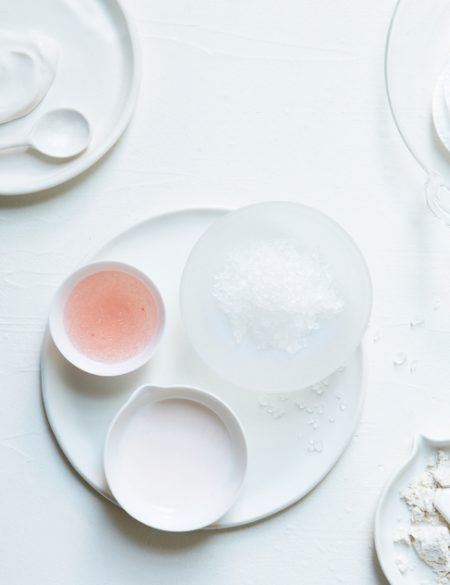 Why We’re Crazy About Niacinamide
by Michelle Wong