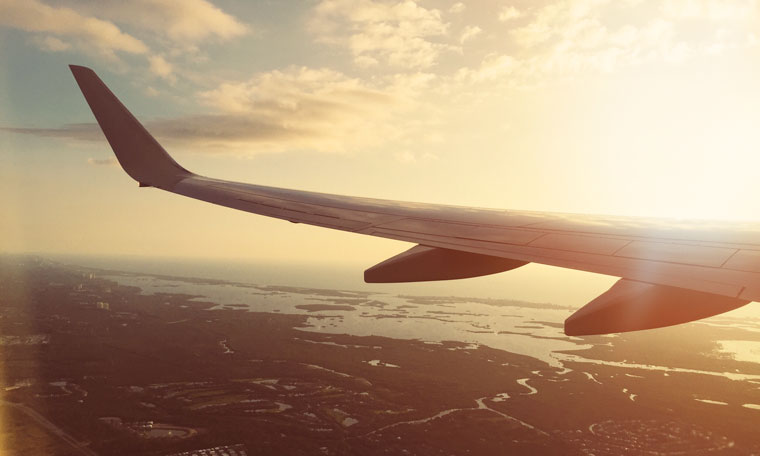 Now We Know How Korean Flight Attendants Stay So Dewy

As someone who travels round-trip from New York to Seoul three or four times a year, I think of myself as a pretty skin-savvy frequent flier. But my in-flight skin game pales in comparison to those of the ever-poised flight attendants of Korean Air. How they can spend twelve hours serving ginger ales in heels at ten thousand feet and still manage to look like dewy perfection upon arrival was beyond me. So I reached out to Youngmi Song, a flight attendant and 10-year veteran of Korean Air who’s clocked in thousands of in-flight hours with nary a pore in sight. Here, she spills all the skin secrets of the industry.

Mists are everything
Flight attendants are so busy tending to the needs of passengers that they only get two or three chances in a 12-hour flight to tend to their own makeup or skincare. Song says the most efficient way to hydrate skin on the quick is to mist at every possible opportunity. The most popular spritzer is aerosol-free and carry-on-friendly: AmorePacific Moisture Bound.

Don’t be shy–sheet mask
According to Song, “It’s normal to see at least one or two Korean passengers sheet-masking to and from Seoul on international and domestic flights. No one really bats an eye.” In other words, yes, you may look like a freak, but no one’s going to think you actually are one. On long flights, pack two or three.

Cushion compacts > foundation
Cushion compacts from Hera and IOPE have consistently been the go-to options for Korean flight attendants—the coverage is natural and, most importantly, the formula is hydrating. But according to Song, there’s a new cushion that’s starting to gain popularity with the cabin crew: the Age 20’s Essence Cover Pact. “There’s always something new to try because we’re always sharing our beauty tips,” says Song.

Always use sunscreen
Sun exposure on a plane isn’t your typical sun exposure—it’s much worse. The sun’s rays are stronger the higher up in altitude you climb, and skin can be damaged in a shorter window of time. So no matter how pretty the view, keep the windows down and make sure you apply (and reapply) sunscreen. It’s more important now than ever.

Nothing beats beauty sleep
Never skimp on good ol’ fashioned shut-eye. Song and her crew rest up at their hotel before their next flight, with periods of sheet-masking to get their skin hydrated and nourished before takeoff. Maybe no one ever got their best night of sleep on a plane, but try to doze off anyway—it helps pass the time, and it helps keep your skin fresh. Trust us—catching a few in-the-air zzz’s is the one beauty trick flight attendants envy you for. Take advantage (and ask for another blanket if you want—the service is out of this world).